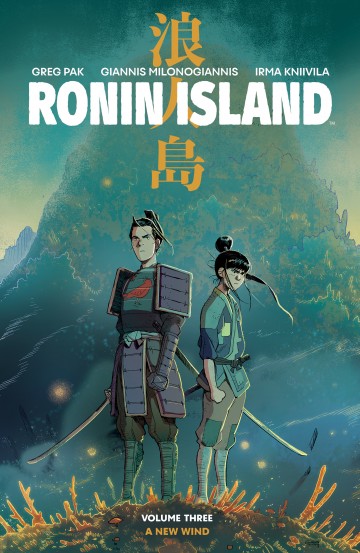 The New York Times best-selling author Greg Pak (Firefly, Agents of Atlas) and artist Giannis Milonogiannis (Old City Blues) present the final chapter of the critically-acclaimed series, as new heroes are forged and legends are born. Hana and Kenichi finally return to the island seeking refuge, but are denied entry by Elder Jin and the Islanders who fear the newly mutated byōnin. Caught between the Island’s defenses, the Shogun’s oncoming forces, and the deadly new monsters, Hana and Kenichi must rally their own troops and make one final stand to protect the homeland that has abandoned them, in order to preserve the ideals they know are right and fight for the future they want. Collects Issues #9-12.