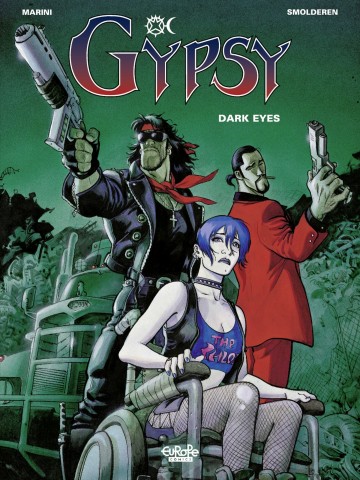 When he was a kid in the slums, Tsagoï would do everything in his power to avoid violin classes. He'd rather be having a punch up with some poor unsuspecting victim. He dreamed of owning his very own truck, while his cousin Mirno dreamed of marrying Milena and getting rich. Twenty-five years down the line at the Czech border, "little" (nearly two meters tall) Tsagoï is at the wheel of a truck full of Slovakian caviar, renowned for its inedibility, and Mirno, dressed like a lord, spends his time buying fur coats for Milena. It's the day of the football world cup finals, and all the cops are glued to their TV screens. So of course everyone's making the most of it—the Russian mafia, all manner of degenerates... and Mirno. But the day gets off to a bad start. It then has a bad middle, and not such a good ending either...!