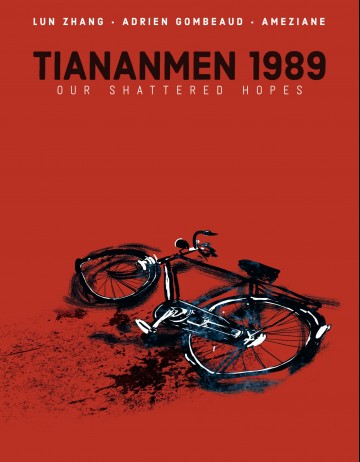 « The true heroes of Tiananmen will forever remain the student hunger strikers as well as all the nameless people of Beijing who stood up to the rifles and the tanks, to protect the students and defend a great cause. As the story of one who survived, this book is first and foremost a tribute to those who did not”, Lun Zhang, 2018. The cultural monuments on Tiananmen Square make the place a theater of history. In 1989, they also made it the theater of tragedy and shattered hopes. After the disastrous Great Leap Forward, Chairman Mao launched the non-less bloody Cultural Revolution. Then came September 9, 1976, when all China was at loss, weeping the passing of the Great Helmsman. But not for long. Deng Xiaoping, an exiled leader, was now taking the country’s reins and launching a new, unprecedented reform policy. “I loved the carefree Beijing summers, now long since vanished”, will later regret Lun Zhang. Deng Xiaoping was indeed encouraging the people of the Middle Kingdom to break their iron rice bowls. Private businesses were open but the prices of basic commodities seemed uncontrollable; certain people were faring better than others. Faced with a strong feeling of injustice, fury grew and gatherings started to place every year in Tiananmen Square, the Gate of Heavenly Peace. Dazibaos, big character posters so commonly seen in China, were glued onto the “Democracy Wall”, a street first used to criticize the Cultural Revolution after Mao’s death. Little did the Communist Party know that they would be turned against them, when it became obvious the Years of Opening were bringing progress in the promised Four Modernisations areas (agriculture, industry, national defense and science/technology) but disregarded a potential fifth front of reforms: democracy and the fight against corruption. Students were catching the “cultural fever”, eager to read and learn anything they could get their hands on. Tiananmen 1989 : our shattered hopes narrates with great simplicity and serenity the chronology of the events that led to the tragic crushing of the 1989 peaceful protests. But it also brings a lot more than that: it offers an amazing insight into the Chinese students’ minds, hopes and struggles. A superb and heartbreaking account of the “flowers” that shook the Chinese Communist Party to its core. Division at the highest level, embarrassment during Gorbatchev’s official visit, decision of martial law and “99 Luftballoons”. Until the students committed the gravest of crimes : they officially instituted an opposing power. “And the Beijing Spring came to an end. In a country that makes up a quarter of the world’s population, the regime is slaughtering its young before the eyes of the world”, Stephanie Andrews, BBC News. A graphic novel to put in the hands of all those who deeply love China. “What we stood for in 1989 is now more pertinent than ever. If China intends to build a peaceful and prosperous future, if it truly wishes to recover its past glory, it must return to Tiananmen and make a fresh start”. Lun Zhang, 2019.

Follow the story of China's infamous June Fourth Incident—otherwise known as the Tiananmen Square Massacre—from the first-hand account of a young sociology teacher who witnessed it all. Over 30 years ago, on April 15th, 1989, the occupation of Tiananmen Square began. As tens of thousands of students and concerned Chinese citizens took to the streets demanding political reforms, the fate of China's communist system was unknown. When reports of soldiers marching into Beijing to suppress the protests reverberated across Western airwaves, the world didn't know what to expect. Lun Zhang was just a young sociology teacher then, in charge of management and safety service for the protests. Now, in this powerful graphic novel, Zhang pairs with French journalist and Asia specialist Adrien Gombeaud and artist Ameziane, to share his unvarnished memory of this crucial moment in world history for the first time. Providing comprehensive coverage of the 1989 protests that ended in bloodshed and drew global scrutiny, Zhang includes context for these explosive events, sympathetically depicting a world of discontented, idealistic, activist Chinese youth rarely portrayed in Western media. Many voices and viewpoints are on display, from Western journalists to Chinese administrators. Describing how the hope of a generation was shattered when authorities opened fire on protestors and bystanders, Tiananmen 1989 shows the way in which contemporary China shaped itself.