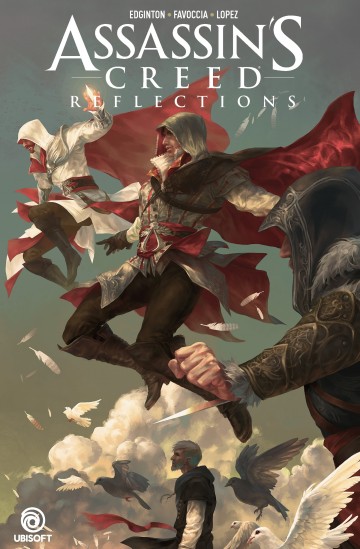 Featuring untold adventures from fan-favorite characters of the Assassin’s Creed franchise! Osto Berg faces a dilemma; one only the past can solve. Using Animus technology to tread the past of some of the Assassin Brotherhood’s bravest and brightest, the Master Templar hopes to tip the balance against his adversaries. For is there any better way to learn from one’s enemy than to become him? From Ian Edginton (Assassin’s Creed: Locus, Hinterland) and Valeria Favoccia (Doctor Who) comes an Assassin’s Creed series like no other. Featuring untold adventures from some of the series’ most memorable Assassins – including Ezio Auditore, Altair Ibn-La’Ahad, Edward Kenway and Ratonhnhake:ton – this all-star series is a must for any and all fans of the franchise. “The story fizzes off the page with a constant blend of adventure, action, wit and drama.” – The Xbox Hub