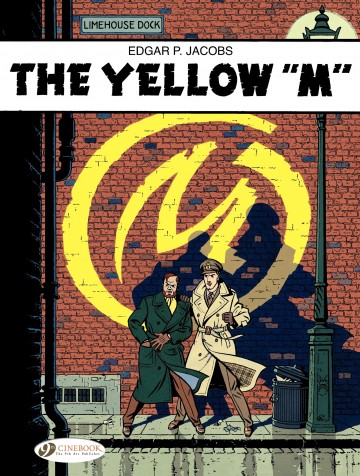 London’s walls resound with the incredible exploits of the “Yellow Mark.” The spectacular actions of this mysterious criminal are on the increase: holding up the Bank of England, robbing the imperial crown... No one seems able to stop him. He is so audacious that he lets the police know in advance where he will commit his crimes, each time ridiculing Scotland Yard a little more. The apparent ease with which he evades police schemes begins to worry the highest authorities of the country. The Home Office asks Captain Francis Blake to solve the mystery and discover the identity of the man who hides behind the Yellow Mark. The captain immediately takes as partner his old friend, Professor Philip Mortimer, whose scientific knowledge will be invaluable in solving this extremely complex enigma. Who hides behind the Yellow Mark?

Read the album
Add to cart
Added to your cart
V.26 - Blake & Mortimer
(0)
$11.99
Mortimer is brought to the camp of General Li Hsi, the Chinese warlord, where he is reunited with a seriously injured Nasir. The professor was kidnapped in order to recover the archaeological proof of the general’s imperial lineage, but also to repair the Red Wing, a formidable combat aircraft Olrik unwittingly delivered. While Blake moves heaven and earth to find him and protect Hong Kong, Mortimer escapes to go in search of the only thing that can save Nasir: a legendary pearl …
eazyComics