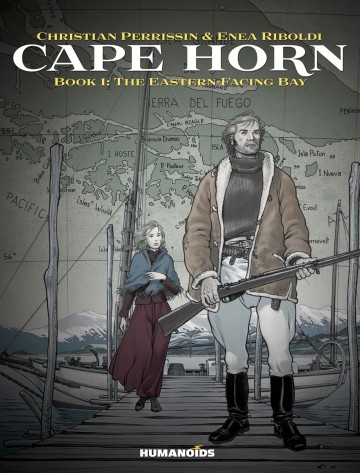 Read an excerpt
$5.99
Add to cart
Added to your cart
Included in the izneo Premium subscription
Learn more about izneo Premium

A sprawling frontier saga rich with adventure and romance, set in Tierra del Fuego at the eve of the 20th century. PUBLICATION IN 4 VOLUMES - COMPLETED SERIES The "Land of Fire" is an archipelago off the southernmost tip of the South American mainland. As the 19th century comes to a close, it is a vast and desolate land only frequented by gold diggers, English missionaries, Chilean and Argentine military, and the age-old Ona, Alacaluf, and Yamana tribes. In this unique world, where the Andean mountains plunge into the Pacific Ocean, several characters, each burdened by duty or fate, will cross paths and clash, on their journey through Cape Horn.

This digital comic is available in english version. The following reading modes are available with the izneo reader:
Unmissable Titles

Read the album
Add to cart
Added to your cart
V.1 - El Niño
(3)
$5.99
A contemporary "Heart of Darkness" recounting one woman's globe-spanning adventures in search of a long-lost brother. PUBLICATION IN 7 VOLUMES - COMPLETED WORK. After the death of her father, Red Cross nurse Vera Michailov discovers a stunning family secret: she was a conjoined twin and has a brother she was separated from at birth. Left behind when the family escaped Eastern Europe for France, he grew up to become the modern-day pirate known only as "El Niño." Determined to find him, regardless of the cost, Vera sets out on a global quest for acceptance and salvation.
eazyComics

Read the album
Add to cart
Added to your cart
The Black Angel of Paramo
(0)
$5.99

Read the album
Add to cart
Added to your cart
The Soulful Prince
(0)
$5.99
Close