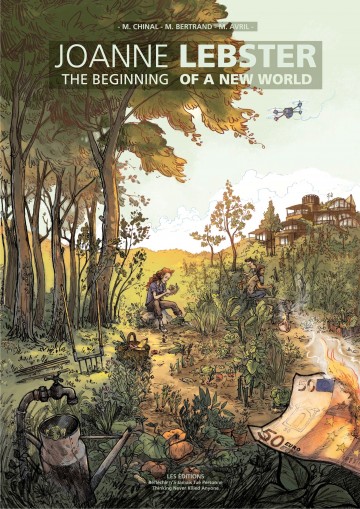 It all begins with the usual ‘putting the world to rights’ discussion between friends at a party. Faced with pollution, political stagnation and an economy choking on its own excesses, Joanne suggests a “crazy idea”, one quickly ridiculed by the majority of those present. However, two people decide to join her, and together they put themselves forward in the elections. They fail… but they don’t give up. Joanne and a group of her friends find their own way forward: a post-monetary village. Pure madness – those opposed to such a change, those with no respect for other human beings, take up their weapons – and of course human nature itself, rotten under the influence of a certain kind of culture, makes it difficult to move forward with such a project. In spite of it all, and helped along by a bankrupt society and climate change which is out of control – Nature’s way of calling humanity to order – Joanne and her acolytes end up changing the face of the earth. But at what cost…

Joanne Lebster – The beginning of a new world