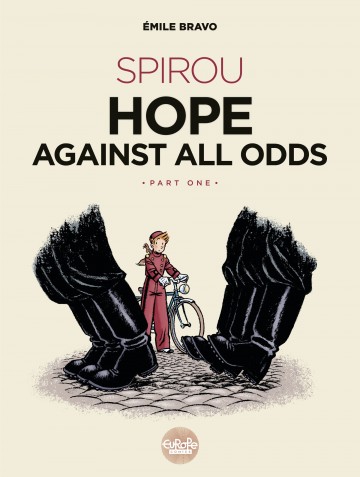 It seemed inevitable that Europe would once again be in the dark clutches of war, and now that conflict has broken out, Spirou must face its horrible reality while staying true to himself. He does his best to maintain his friendship with Fantasio, even as the latter enlists in the Belgian army. And when Spirou meets Felix, a German‐Jewish painter, his eyes are opened to the plight of the Jewish people and the dangerous situation in Europe and beyond. On top of all that, Spirou's girlfriend Kassandra has been lost in the confusion of the war. In the first of four volumes, the orphan bellhop's adventures will take him all across war-torn Belgium, discovering the world as it falls apart around him."The promotional copy on the back of the book describes Hope Against All Odds as "a humanist tragicomedy in four volumes". This first volume lives up to that tagline. It is a beautifully constructed, sometimes charming, sometimes chilling, comic that looks at a difficult time in a nation's past, square in the eye in a compassionate, honest and accessible way." Down the Tubes

This digital comic is available in english version. The following reading modes are available with the izneo reader:
Spirou- Volume 1 - Spirou Hope Against All Odds: Part 1 - Bravo - to read online on izneo or download on your iOS and Android tablet or smartphone.

Read the album
Add to cart
Added to your cart
V.2 - Spirou
(0)
$8.99
The dark days of war are not getting any brighter in occupied Brussels. Spirou and Fantasio are on the brink of hunger and homelessness, but their ingenuity and gumption allow them to survive. While our two heroes are bringing what joy they can to the children of Belgium, the iron fist of the Nazis is tightening its grip on the country. The villainy of the oppressor hits close to home as Spirou's friends start becoming its direct victims. We know how the war ends; unfortunately for Spirou, he does not, and in its midst, his virtue and good intentions might lead him straight to the worst of its horrors.

Read the album
Add to cart
Added to your cart
V.1 - Spirou
(2)
$8.99
BLACK FRIDAY IS HERE!
Thousands of volumes on sale!

Spirou- Volume 1 - Spirou Hope Against All Odds: Part 1 - Bravo - to read online on izneo or download on your iOS and Android tablet or smartphone. 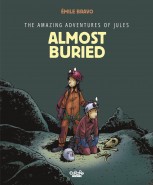 Read the album
Add to cart
Added to your cart
V.3 - The Amazing Adventures of Jules
(0)
$5.99
Who in the world wants to go to Venice? Side-stepping what is surely going to be another traumatizing family vacation, Jules takes off with his girlfriend, his guinea pig, his annoying brother, and a couple of friends on what they think will be a fun, cave-exploring adventure... only to find themselves trapped deep beneath the Earth's surface with no food or water, and a bat-eating mad scientist. Adventure indeed...! 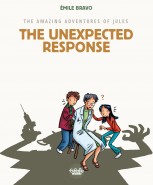 Read the album
Add to cart
Added to your cart
V.2 - The Amazing Adventures of Jules
(1)
$5.99
eazyComics 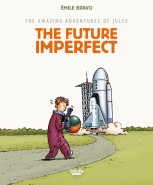