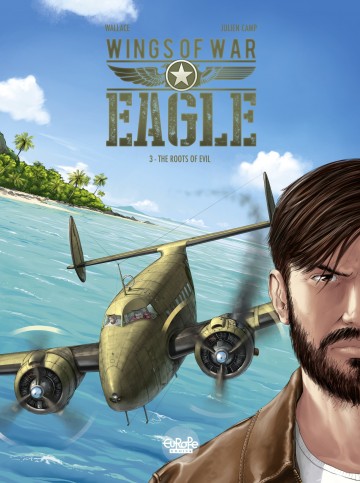 It's early 1943 and Hans Raeder, still trapped inside the body of James O'Brady, somehow manages to escape the chaos in North Africa and make his way to the Pacific, where another war is raging—between the United States and Japan. There he finally tracks down the elusive Sailosi, but his destiny is still linked to that of his American alter ego. Will fate bring the two men together at last?

Read the album
Add to cart
Added to your cart
V.3 - Wings of War
(2)
$5.99
Whether he really is Hans Raeder, or whether he is in fact the young American pilot James O'Brady inside the German's body, Hans decides to accept himself as he is. But if James has taken over Hans's body, is the opposite also true? Is James's body inhabited by the spirit of Hans Raeder? And has he also accepted his fate, or is he trying to reverse it? It is time for both men to unravel the truth, and to choose their destinies once and for all. Their journey will take them to a remote island in the Pacific...