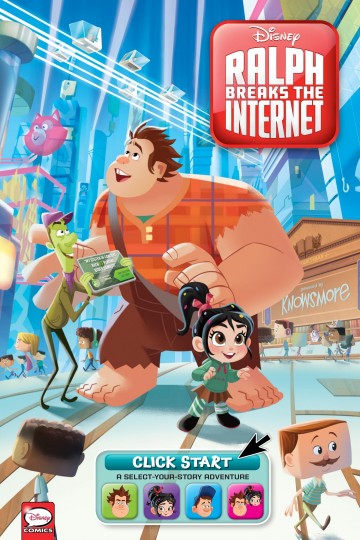 Read an excerpt
$6.89
Add to cart
Added to your cart

A graphic novel prequel, and bonus short sequel, to the feature film Wreck-It-Ralph 2: Ralph Breaks the Internet. Walt Disney Animation Studios' follow-up to 2012's Wreck-It Ralph leaves the arcade behind, venturing into the expansive universe of the internet--which may or may not survive Ralph's not-so-light touch. In this prequel, a choose-your-own-adventure-style graphic novel, Wreck-It Ralph and Vanellope von Schweetz journey through the internet with you in the lead . . . Then, in a bonus 8-page short sequel to the film, Vanellope explores the wonders of OhMyDisney.com. Writers Joe Caramagna (Disney Frozen, Disney DuckTales) and Amy Mebberson (Disney Princess) bring the most fun for BFFs Ralph and Vanellope!

Read the album
Add to cart
Added to your cart
Disney Alice in Wonderland: The Story of the Movie in Comics
(0)
$6.99
In this retelling of the fantasy-adventure animated film, you'll follow the white rabbit to a topsy-turvy realm with Alice! While dreaming of a world of her own, young Alice is interrupted by a white rabbit who is very late--too late to say hello or where he is headed. She chases after him and falls down a mysterious rabbit hole that leads to a literal wonderland. As Alice journeys further into this strange and chaotic world, things become curiouser and curiouser, as do the characters she meets. Before she catches up to the white rabbit and finds her way home again, Alice will realize her curiosity should be tempered with a little patience and thinking ahead. Originally released in 1951, the film Disney Alice in Wonderland is based Lewis Carroll's Alice books, classics of English literature. Celebrate all the curiosities with this hardcover graphic novel retelling!

Read the album
Add to cart
Added to your cart
Disney/PIXAR Onward: The Story of the Movie in Comics
(0)
$6.99

Read the album
Add to cart
Added to your cart
Disney Snow White and the Seven Dwarfs
(0)
$5.99 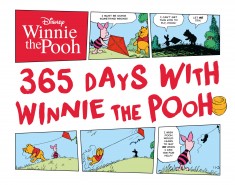 Read the album
Add to cart
Added to your cart
Disney Frozen Adventures: Flurries of Fun
(0)
$5.99