Catbug is the most dangerous creation in the universe and now it's up to Chris to save the world and Catbug?through punches. It's the tournament everyone has been waiting for-MULTIVERSE BATTLE CHESS BLITZ BLOODBATH! Will our heroes be up to the challenge or is it already too late? Find out in these brand-new missions, written by acclaimed cartoonist Joey Comeau (A Softer World) and illustrated by Mike Holmes (True Story), featuring short stories from Three Word Phrase creator Ryan Pequin. 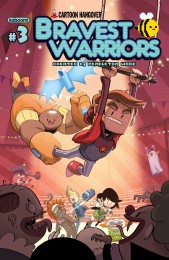 HOT NEW SERIES FROM THE CREATOR OF ADVENTURE TIME! This clown planet is getting the Bravest Warriors super-down, man. But if someone needs saving, then they're the dudes to do it! The comic adaptation of the new show from ADVENTURE TIME creator Pendelton Ward! 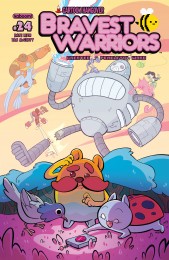 The time has finally come?or really the Bravest Warriors are out of time. With their chances slowly dwindling, these friends have to put their heads together to figure out a way to save their best bud Chris before it's too late. 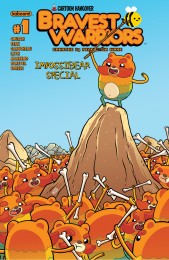 If there is one sassy fur ball in BRAVEST WARRIORS that deserves it's own comic dedicated to how awesome he is, it's Impossibear. Impossibear and Catbug are up to no good with the Bravest Warriors off on a mission! But have no fear, there are plenty of shenanigans to be had! 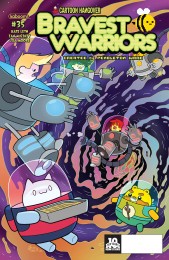 Penultimate issue! It's the Bravest Warriors biggest adventure yet, and it'll take all of them working together to make it through this one! 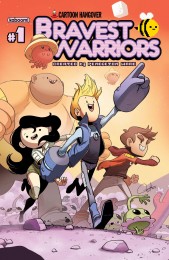 POWER! RESPECT! Based on ADVENTURE TIME creator Pendleton Ward's brand new animated series! Join Chris, Wallow, Beth and Danny, four 16-year-old heroes-for-hire, as they warp from galaxy to galaxy, saving alien races with the power of their...emotions. They're noble, righteous and totally bodacious! This new series of original comics based on the new series from ADVENTURE TIME creator Pen Ward is sure to be a smash! 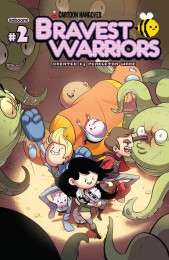 POWER! RESPECT! Based on ADVENTURE TIME creator Pendleton Ward's brand new animated series! Join Chris, Wallow, Beth and Danny, four 16-year-old heroes-for-hire, as they warp from galaxy to galaxy, saving alien races with the power of their emotions. They're noble, righteous and totally bodacious! This new series of original comics based on the new series from ADVENTURE TIME creator Pen Ward is sure to be a smash! 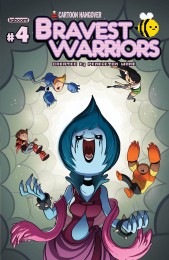 THE NEW SERIES FROM THE CREATOR OF ADVENTURE TIME IS NOW ONGOING! DON'T MISS THE BODACIOUS CONCLUSION TO THE DEBUT ARC! The Bravest Warriors have to band together to defeat the most nefarious villain of all...Sadness, bro! But Sadness isn't going down without a weepy fight! The totally awesome comic adaptation of the new show from ADVENTURE TIME creator Pendelton Ward! 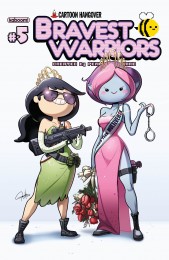 FIRST ISSUE OF A NEW ARC! There's a femme fatale causing trouble on a distant planet...and the Bravest Warriors have to go undercover to figure it out! Don't miss out on the first Nick Edwards connecting cover for this arc, featuring each of the Bravest Warriors and a special incentive variant cover with art from series creator Pendleton Ward! 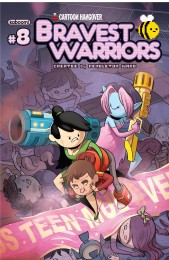 FINAL ISSUE OF THE ARC! The most nefarious force in the universe has finally followed through with its plan to steal brains through an alien beauty pageant! Can the Warriors stop it with POWER and RESPECT? 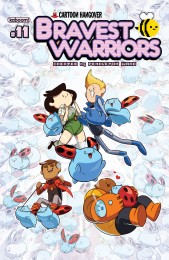 The Bravest Warriors are finding themselves on a totally new adventure with new problems and new faces, will they be able to figure out what is going on before it's too late? Is it already too late? Will our Warriors ever catch a break? Based on the hit web series from ADVENTURE TIME creator Pendleton Ward, this is a comic series you definitely don't want to miss. 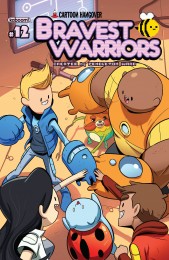 What do you get when you mix four emotional teenagers, adorable pets, and an unpredictable setting? No, not Dawson's Creek...the BRAVEST WARRIORS, of course! For kids who love a fun-loving space adventure and adorable creatures like the internet sensation Catbug, and adults who love sly, inclusive humor. Fall in love with this book! 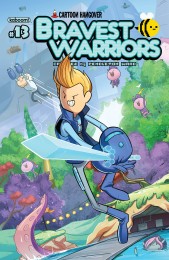 The BRAVEST WARRIORS are called upon once again to save the universe! This time there will be more punches, more witty one lines and...more CATBUG?! Join Beth, Wallow, Chris and Danny as they work together to make space a safer, more awesome place. 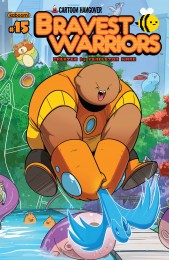 Have you ever wondered where the Bravest Warriors got their super rad weapons? Were they found in a yard sale, was it some prize after a series of training, or was it just a twist of fate and a lot of luck that lead our heroes to their most trusted weapons? Find out the true story in this issue! 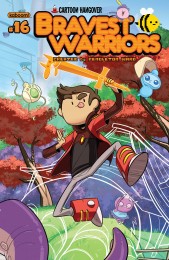 The Bravest Warriors are finally getting the break the deserve, just a nice time for friendship and feelings...NOT! It's another crazy mission where the Bravest Warriors must once again save the universe before it destroys itself! 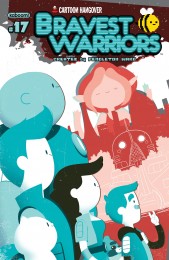 The Bravest Warriors must once again save the galaxy! Join Chris, Beth, Danny, and Wallow as they--well...save space! It seems there is a pattern developing in the life of a warrior, surely nothing can surprise our heroes now...or is there something out there? Something hidden in the shadows...something so big that not even the bravest of warriors will ever be ready? 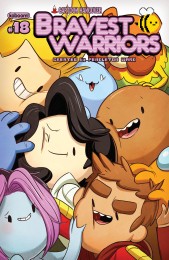 The Bravest Warriors face some of the scariest creatures in the universe but nothing will ever be as scary as facing...FEELINGS! The Warriors must look inside themselves to defeat their own insecurities! It is the only way for them to become true Warriors...and true friends. 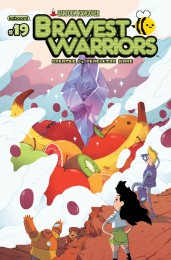 Things are finally winding down for our heroes. The Bravest Warriors can finally take a breather...or can they? Could it be that they are in an illusion that just wants them to relax before it breaks and reigns terror on them? What if there is a memory donk nearby and they just can't remember the mortal peril they are actually in? 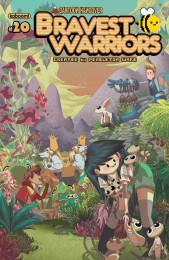 It's the final issue of guest writer Breehn Burns' story. Looks like the Bravest Warriors have finally met their match and this might be a problem that not even an Emotion Lord can solve! Will the Warriors make it out or will this be the end of our favorite group of teenage heroes? 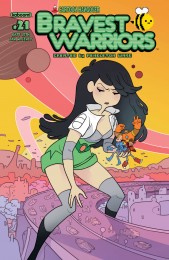 Featuring the debut of new writer Kate Leth (ADVENTURE TIME: SEEING RED) and artist Ian McGinty (ADVENTURE TIME 2014 ANNUAL)! Beth, Chris, Wallow, and Danny finally get to sit back and relax as they take on their next mission"”having a picnic! NOT! It's another crazy adventure with our favorite teen-aged heroes as they save the universe, one mission at a time! 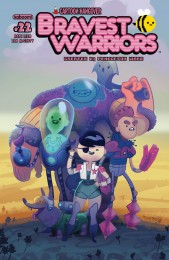