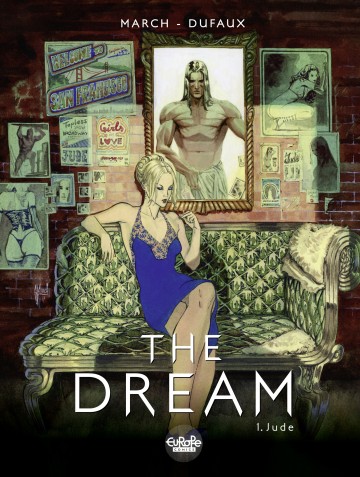 It's supposedly what everyone wants: fame and money. The American star-making machine never stops in its efforts to uncover new talent, because talent is what feeds it. Megan, a talent scout for Independent Art Productions, discovers Jude on stage while he's performing in a sex act. He may be star material: women want him and men want to be him. But before he can pursue stardom, he has to escape the clutches of his new girlfriend, the daughter of a Chinese gangster. Murders of convenience, empty sex, big bucks, bad driving, and some crazy tattoos—it's the 21st-century American Dream.

Read the album
Add to cart
Added to your cart
V.6 - Jessica Blandy
(1)
$5.99
Somewhere deep in the blood-stained desert, Jessica Blandy awakes to find herself held by force in a Mexican bordello. It will take all of Jessie's strength and resilience to escape and bring those responsible to justice, even if it means taking things into her own hands. Under the fierce single eye of Floyd the eagle, the girl from Ipanema goes walking... on a path that will lead her to new friends, old enemies, and revenge.
eazyComics