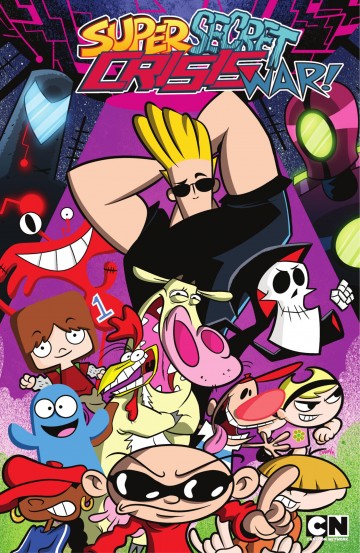 The devious demon Aku has called together a League of Extraordinary Villains—composed of malevolent miscreants from different cartoon universes. When their evil robots show up in the worlds of The Powerpuff Girls, Ben 10, Samurai Jack, Dexter’s Laboratory, and (even) Ed, Edd and Eddy, it’s up to all of these fearless heroes to band together and put an end to the League’s nefarious plot of inter- dimensional conquest!

This digital comic is available in english version. The following reading modes are available with the izneo reader:
Discover Jordi Lafebre!
A great artist!

Read the album
Add to cart
Added to your cart
Star Trek Starfleet Academy
(1)
$11.99
A bold new chapter for STAR TREK begins here, in an all-new series that shows you what life is like for cadets at the galaxy's greatest school! Witness the student days of the iconic cast before they joined the Enterprise! Plus, meet an all-new group of students as they embark on bold new adventures of their own! The first new characters in the Star Trek movie universe make their mark here.