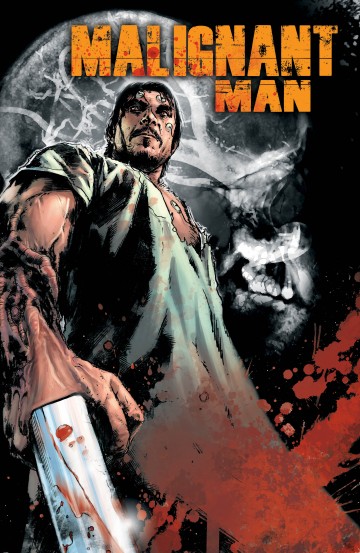 What doesn't kill you makes you stronger! Alan Gates, a cancer patient with a terminal diagnosis, is resigned to his fate...until he discovers that his tumor is actually a mysterious parasite! Granted a second lease on life and incredible, otherworldly powers, Alan must fight against an evil army buried beneath society's skin, all the while unlocking the secrets of his forgotten past. From the dark & twisted mind of James Wan, the creator and director of SAW, MALIGNANT MAN is a sci-fi thriller that can't be missed! Co-written by fan-favorite writer Michael Alan Nelson (28 DAYS LATER, DINGO) and illustrated by rising star artist Piotr Kowalski, with a cover by industry legend Trevor Hairsine!

Malignant Man- Volume 1 - Malignant Man - Michael Alan Nelson - to read online on izneo or download on your iOS and Android tablet or smartphone.

Read the album
Add to cart
Added to your cart
Hexed Omnibus
(0)
$19.99
Luci Jennifer Inacio Das Neves (most people just call her “Lucifer”) is a supernatural thief­ for­ hire, stealing wondrous objects from the dark denizens of the netherworld for her mentor/mother figure, Val Brisendine. From possessed teddy bears to haunted paintings to ancient otherworldly demons, Lucifer will need to use every trick up her sleeve to protect her surrogate family and combat the monsters of her seedy city. Written by lauded horror author Michael Alan Nelson (Day Men, 28 Days Later), Hexed is a lyrical horror adventure series featuring the debut American comics work by superstar illustrators Emma Rios (Pretty Deadly) and Dan Mora (Buffy the Vampire Slayer). Collects all 16 issues of the original Hexed limited series and its sequel series Hexed: The Harlot and the Thief.