"He models himself on Humphry Bogart, but he's more like Monsieur Hulot. He might be a little absent-minded from time to time but, there's no denying it, Jerome Bloche is quite the crafty one." 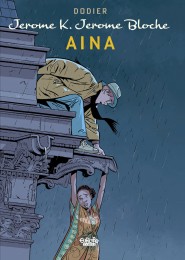 A young woman, who doesn't speak a word of English, shows up in Father Arthur's church seeking refuge. Father Arthur takes her under his wing, but things soon take a turn for the worse when her pursuers show up on his doorstep. It's not long before the padre, concerned for his kidnapped protegée's well-being, calls on his friend Jerome Bloche. Together, they seek out the mysterious Aina and her captors, but they soon realize that not only are they up against a rather intimidating security guard, but some difficult moral questions. 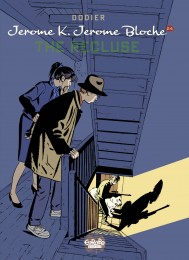 When Jerome is asked by a lawyer to deliver a letter to an old man living in a village near Grenoble, he unwittingly becomes witness to a private family drama. The old man in question, Antoine Oliveira, is an ex-prisoner, convicted of a double murder. These days he lives as a recluse amongst the ruins of a village that was crossed off all official maps over thirty years ago. In this letter, written by a dying man, Antoine will find some information that it'll be hard to face up to. For Jerome, it starts out as a routine investigation, but little by little he and Babette uncover the tragic story of a broken family, and the past of a man consumed by guilt. 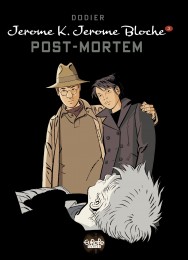 Private detective Jerome K. Jerome Bloche is hired by his friend Father Arthur, a former boxer turned Catholic priest, to look into a series of blackmail letters extorting money from his parishioners that share one odd detail: the money is to be donated to the church to repair its famous organ! Meanwhile Jerome's girlfriend Babette gets a shocking surprise when her father, whom she believed to have died when she was a child, shows up on her doorstep. Jerome tries to solve the crime while juggling prickly questions about charity, justice, and mercy.