"The fall of the Berlin Wall and the collapse of the USSR destroyed many ambitions and was the cause of much frustration. Between them, the balance of world order was thus upset, new rivalries were formed and a new type of Cold War was caused. From Paris to Moscow, Berlin to The Hague, Le Havre to New York, Alpha features the godfathers of the mafia, the ex-nomenklaturas, the most powerful financial organisations, the magnates of industry, the corrupt and spies of all sorts watch each other, competing and advancing their pawns on this dangerous politico-economic checkerboard. Alpha, CIA information agent, fights these deadly undercurrents, undercurrents sometimes even planned by his own bosses ! A thriller that plunges you into the world of the secret services and the tenuous new East-West relationships." 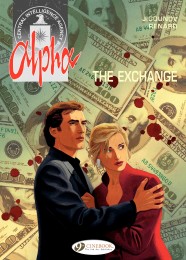 Assia Donkova is a young Muscovite, idealistic and very attractive. As manager of an art gallery, she visits Paris museums and exhibitions in search of new Western talents. In front of a Monet work one day, she meets painter Julian Morgan. Very quickly the young woman falls under his spell, and they meet again. But is Julian only an aspiring painter? Why does he spy on Assia’s slightest moves? And what are the mysterious appointments Assia keeps? Russian mafia and powerful financial organizations are at the centre of a diabolical machination... one that could eventually present grave danger to the new global balance...This two-volume book includes "The Bogdanov Clan." 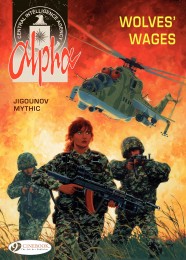 The fall of the Berlin wall and the dismantling of the Soviet Empire changed the world, engendered new rivalries and started a new kind of Cold War. From Paris to Moscow, from Berlin to The Hague to New York, mafia hotshots, ex-members of the nomenklatura, powerful financial and industrial organisations, spies from all sides: all of these influential figures are involved in a political and economical warfare and the stakes are high. 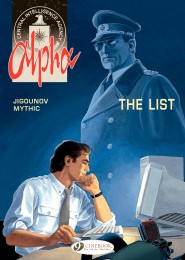 A document has surfaced, listing the names of American citizens who had shady dealings with the secret police of former East Germany. The CIA sends Alpha to escort its owner and his family, but some of the implicated people are influential and have a long reach, while other countries see in the list an opportunity to blackmail potential agents within the higher spheres of US power. It is a mission that will definitely not be a pleasure cruise… 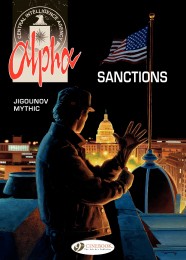 The Cold War: the golden age of American and Soviet spies, a time when everything was clear-cut and simple. We’re the good guys, they’re the bad guys. Nowadays, CIA operatives like Alpha often feel more like commercial envoys than secret agents. When bodies start to drop in Washington, though, a boring mission playing tourist guide to a Russian delegation suddenly becomes much more dangerous. An old bogeyman from the Cold War, long thought dead, has reappeared…