"Ismaël, former member of a street gang in Los Angeles, one day decides to clean up his act and enlist in the Marines. In order to pay for the medical treatment his sister needs, he volunteers to take part in a research and development project. That's how he ends up spending several months inside ""the Boiler,"" a classified military location, where he undergoes experiments of which he retains only the vaguest memories. Two years later, Ismaël, now demobilized, lives peacefully in L.A. – up until the day his sister and her son are shot down by his old gang members who are out for his blood. Plunging into a fugue state close to madness, out of his mind with fury, Ismaël begins to scour the streets of Los Angeles ‐ which now look to him just like the streets of Baghdad..." 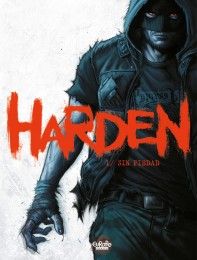 Ismaël seems like a regular nice-guy fallen on hard times. He's living with his adoring sister and her son following his return from his posting in Iraq. But he has a dark past with the gangs of L.A. and an even darker one with his combat experiences in the US army. These experiences haunt him, giving rise within him to a monstrous second self that he's trying desperately to control... but just when things seems like they're on the up, tragic events send Ismaël plunging into the abyss. 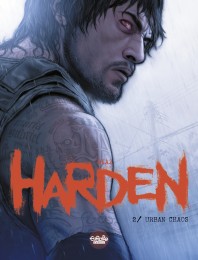 Ismaël joined the army and went to Iraq to escape gang life in Los Angeles. With a series of experimental procedures, the army did something that changed him. He, in turn, did something that continues to torment him... Back home, diseased both physically and spiritually, he just wants to be at peace with his family. His former gang, however, has anything but peace in mind. When they take his family from him, he unleashes his inner hell onto the streets of the City of Angels. Drugs and guns, grenades and mad dogs, corrupt cops and good little monsters: it seems nothing can stop Ismaël Vasquez from getting fiery vengeance.