A subtle mix of humor and glamor, “Pin-up” takes us back to the Second World War for a glimpse into the world of the GIs in the Far East. The military authorities are looking for something to boost the morale of the troops, and call on a certain comic artist named Milton Caniff, who creates the adventures of the sexy Poison Ivy. These comics have an unexpectedly positive effect on the troops… and mark the beginning of an unforgettable saga. 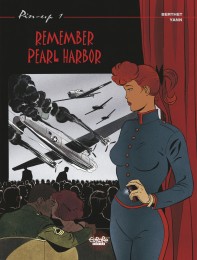 It's 1943 and all-American Joe is heading off to fight the Japanese. His distraught fiancé Dottie Partington is fired from her job as a movie usher, and a friend helps her find employment at the Yoyo Club, a cabaret favored by soon-to-be-deployed US Air Force personnel. In the meantime, Joe is marooned on an atoll in the South Pacific, where he experiences firsthand the terror of war, and encounters a motley crew of fictional and real-life characters. Back in the States, famed cartoonist Milton approaches Dottie and uses her as the model for his new comic strip, "Poison Ivy," which centers on the adventures of a patriotic vamp capable of making soldiers "forget their girlfriends back home." The strip is a runaway success and kindles the fantasies of GIs across the globe, eventually reaching even Joe. 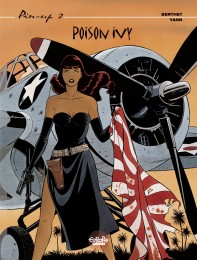 Dottie works in a munitions factory as a WAC, while her fiancé Joe is stationed in the Pacific. A colonel visits Dottie to convince her to resume posing for cartoonist Milton, and that "Poison Ivy" is the patriotic boost the troops really need. She agrees and then sees a newsreel with footage of Joe declaring that he wishes to spend a night with "Poison Ivy"—the fictional sex bomb he doesn't realize is actually his fiancée. Dottie travels to the front on a publicity tour, and destiny brings her—and her desire for revenge—face-to-face with the unwitting Joe. 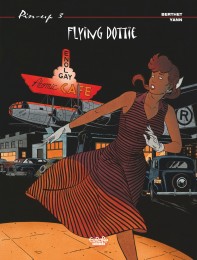 President Truman drops two atomic bombs on Japan, and Dottie cuts ties with Milton and begins posing for lowlife cheesecake photographer, Irving Klaw. In the meantime, a shadowy figure with a vendetta against ex-Yoyo Club girls persists in evading police. While Colonel Eigrutel shows a marked interest in Talullah, Milton tries to track the increasingly bitter Dottie down, and a war-injured Joe wastes away in a squat for the homeless. Everything comes to a head one dark night in the New York City. 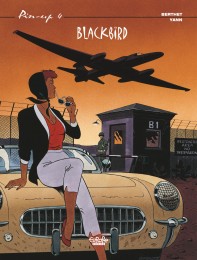 A United States Air Force U-2 airplane goes down over Russia, and pilot Gary Francis Powers is captured. Back in the States, Powers is considered a traitor for allowing himself to be taken alive, and his wife, Dottie – aka "Poison Ivy" – has to hide from irate neighbors while also figuring out how to handle her angry young stepson. In Russia, U.S. agents discover that Powers' plane may not have been shot down after all, and then Dottie receives an offer of help from an unexpected source: billionaire Howard Hughes, who may be able to free Gary. But at what cost? 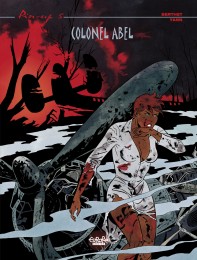 American pilot-spy Gary Francis Powers has been shot down by Soviet forces and languishes in a dank prison cell awaiting trial. His wife, Dottie – a.k.a. "Poison Ivy" – continues her uneasy alliance with billionaire film producer Howard Hughes, who has promised to help her free Gary – in return for certain favors. Meanwhile, cartoonist Milton toils away at his adventure strip, "Steve Canyon," and his precocious teenage daughter advises him on how to spice up the long-running comic. The "Canyon" storyline begins to parallel world events, which may get Milton into some very hot water. 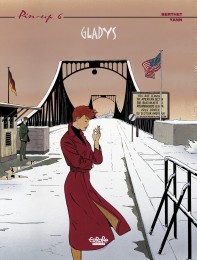 Things aren't going Dottie's way. Howard Hugues hasn't kept his promise to free Gary from the Russians, and Dottie isn't sure she'll succeed in helping him escape the gulag, or even in freeing herself from the ever-watchful eye of the megalomaniac billionaire. It seems nothing can be accomplished without the help of... Poison Ivy! This sixth volume beautifully concludes the second triptych of the "Pin-Up" series. 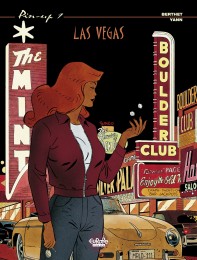 No blacklisted gambler escapes the sharp eye of professional casino spotter Dottie! Irresistible but untouchable, Dottie is second to none at cooling the ardor of overly enterprising clients, even if it means incurring the wrath of such luminaries as the great Frank Sinatra himself. During off-hours, Dottie returns to the apartment she shares with her friend Millicent. A novelist in desperate search of a publisher, Millicent is more importantly the daughter of Bugsy Siegel, the infamous gangster who met his fate under a hail of mob bullets. Dottie is assaulted by a killer who mistakes her for Millicent, and finds herself embroiled in her friend's dark world despite her best intentions. Then a mysterious young woman introduces her to Hugh Hefner, creator of Playboy magazine... 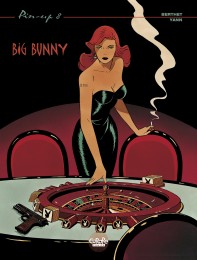 Let the games begin! Fired from gangster Gus Greenbaum's casino, Dottie is now working for Hugh Hefner, owner of the Playboy empire of a thousand women. The company's cardinal rule: "Your most precious possession is your little cotton tail. You must always be sure to keep it fluffy and white." Of course a slew of wrongdoers want Hefner's skin, in particular a nasty fellow who doesn't hesitate to go to extreme lengths to achieve his malicious ends. Hefner's very survival will depend on none other than Dottie, as events start to spiral out of control. 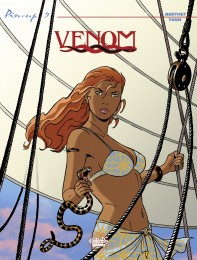 To escape the vengeance of a Las Vegas mobster, former pin-up girl Dottie takes refuge in Hawaii. After altering her appearance to stay under the radar, she begins earning a good living capturing poisonous aquatic snakes and selling their venom to laboratories. Will Dottie succeed in evading the cold-blooded mafia hit-woman who has been sent to track her down? Will she triumph over a destiny that seems determined to destroy her? This book completes the Las Vegas cycle. 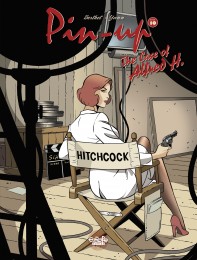 Last seen hunting aquatic snakes in Hawaii, Dottie is now an amateur detective in Los Angeles. On her first case, our favorite pin up finds herself searching for a mysteriously missing starlet, as she takes on a role in Alfred Hitchcock's new thriller! After exploring the grisly Las Vegas underworld and the dark side of paradise, with this tenth installment the authors of Pin-Up offer a fascinating look at behind-the-scenes Hollywood, marked by murders worthy of the master of suspense himself.