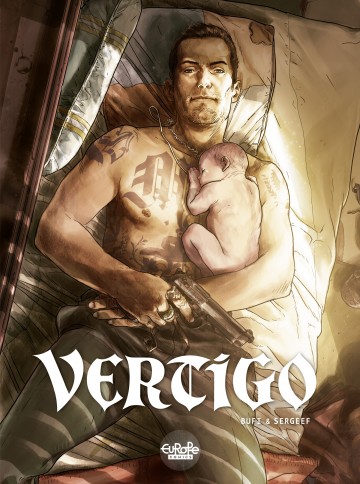 Marero: member of the maras, latin american gangs. Samuel Santos is an “abogado” in Caracas, Venezuela, a lawyer dealing with corrupt military officers, middle-men embezzling money from a state-run iron ore company, or homeless estates about to be demolished. Until he receives a phone call from Guatemala City, offering information on the man Sam has long been looking for, Deus. A man from the past, a former member of the MS13 gang, just like Sam 14 years earlier. Gangs were respected and feared then, and their names mattered. MS13! M as in mara, a reference to the Virgin Mary; S for El Salvador, place of Sam’s youth; and 13 for the number of seconds one is expected to bear a severe beating without complaining. The reward is the right to exhibit the gang tattoo. Back then, Sam had found a family, and had risen quickly through the ranks. Until … Back to the present, Sam is getting closer to redemption. Just a small snag, though: Deus is now dead, killed by his son, Seis, who is just 14. Sam will reach out by incarcerating himself in the same cell as Seis, who holds the key to the past. ***** Nathalie Sergeef and Bufi’s Vertigo is actually a pleasant surprise, with a plausible story line and an interesting twist. The illustrations really convey the cruel beauty of the tattoos and the incredible tension in the characters’ lives. A one volume book on the maras well worth exploring.

In the cruel, brutal world of the "maras"— Latin American gangs—violence, suffering, and crime batter flesh and are on display on members' tattooed bodies. Death is the only way out. Initiated into a gang in El Salvador at the age of thirteen, Samuel Santos finds a way to escape a few years later... at an impossibly high price. Now, in Caracas, where he's found some redemption, Samuel must seize his only chance to regain a part of himself—a part that had been ripped from him fourteen years earlier. Will he finally be able to write a new future over the tattoos from his past?

Continue summary
All about Lucky Luke!
All about Europe's favorite cowboy!