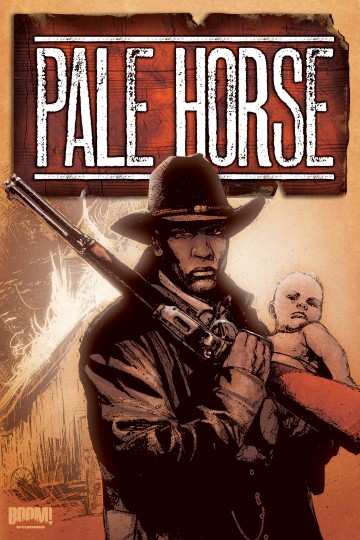 You've never seen the Old West like this before! Ex-slave and former Union soldier Cole has spent the years after the Civil War building a reputation as the most fearsome bounty hunter in the land. But when the tables turn and a bounty is placed on Cole's head, all hell breaks loose. Finding himself unable to protect the thing most precious to him-his family-Cole goes on a rampage of revenge, leaving a trail of blood and wreckage in his wake. With nothing but his horse, his one surviving son, and his gun, Cole's vengeful journey leaves no stone unturned and no culprit living! The thrilling miniseries from the writer of the critically acclaimed 28 DAYS LATER and HEXED!

Pale Horse- Volume 1 - Pale Horse - Michael Alan Nelson - to read online on izneo or download on your iOS and Android tablet or smartphone.

Read the album
Add to cart
Added to your cart
Hexed Omnibus
(0)
$19.99
Luci Jennifer Inacio Das Neves (most people just call her “Lucifer”) is a supernatural thief­ for­ hire, stealing wondrous objects from the dark denizens of the netherworld for her mentor/mother figure, Val Brisendine. From possessed teddy bears to haunted paintings to ancient otherworldly demons, Lucifer will need to use every trick up her sleeve to protect her surrogate family and combat the monsters of her seedy city. Written by lauded horror author Michael Alan Nelson (Day Men, 28 Days Later), Hexed is a lyrical horror adventure series featuring the debut American comics work by superstar illustrators Emma Rios (Pretty Deadly) and Dan Mora (Buffy the Vampire Slayer). Collects all 16 issues of the original Hexed limited series and its sequel series Hexed: The Harlot and the Thief.

Read the album
Add to cart
Added to your cart
Fall of Cthulhu Omnibus
(1)
$19.99