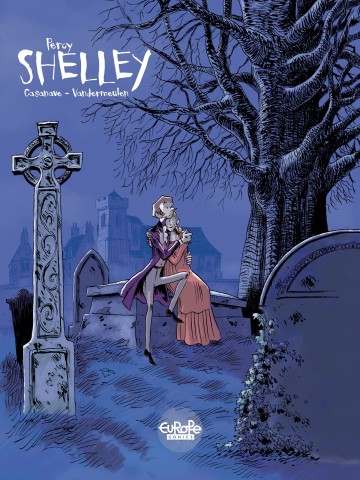 Ah! Percy Bysshe Shelley. One of the major Romantic English poets of the early 19th century. A very unusual character, impetuous and novelistic in his private life, “radical in poetry as well as his political and social views” (says our friend Wikipedia). “His life outside social conventions, his fierce idealism and his passionate voice made him both famous and hated by his contemporaries, who saw in him the devil”. Percy Shelley was expelled from Oxford University for his writing of the pamphlet The Necessity of Atheism in 1811, which he categorically refused to apologise to the Church Authorities for and to repudiate. Unconventional in his marital views, he eloped with and married 16-year-old Harriet he then quickly became estranged with, but not before going to Ireland and writing his Address to the Irish People, calling for Catholic emancipation and a repeal of the Union Act. “His activities earned him the unfavourable attention of the British government”. Noble but disowned, often broke with “an underground readership throughout his life, he saw most publishers declining to publish his work for fear of being arrested for either blasphemy or sedition”. Most interesting is the recognition he received afterwards. Karl Marx admired Shelley for being a revolutionist; Shelley’s writings on nonviolent resistance influenced Leo Tolstoy who in turn helped shape Mahatma Gandhi’s thinking and through him Martin Luther King Jr, and others practicing nonviolence during the American civil rights movement. In current times, isn’t this lineage a gem for British literature? Percy Shelley was also acquainted with some of the most progressive thinkers of his time such as his (second, money-orientated and proponent of anarchism) father-in-law William Godwin. Godwin had been married to philosopher and feminist Mary Wollstonecraft, parents of Mary Shelley, Percy’s real love. This two-volume biography is actually a great introduction to the lives of one of the finest British lyric and philosophical poets and his second wife who was to become quite a writer herself. Cutting to the chase but witty, claiming to reach a family audience but fascinating when one takes the time to dig a bit deeper afterwards.

Born into an aristocratic family, Percy Bysshe Shelley has no intentions of following in his father's political footsteps. The rebellious young poet finds himself drawn to more scandalous pursuits: supporting anti-royalist and anti-clerical causes, championing vegetarianism, and extolling the virtues of atheism, an act that ultimately leads to his expulsion from Oxford University. Book 1 of "Shelley" lets us dive into Percy's tumultuous childhood, giving us an insight into his friendships with some of the finest progressive thinkers of the times, not to mention his blossoming relationship with his future wife and author of "Frankenstein," Mary. "Shelley is an interesting insight into the early life of one of Romanticism's most esteemed poets. Learning more about his early days sheds light on the work he ferociously created and his rush to live every day fully." Reviews and Robots

Read the album
Add to cart
Added to your cart
V.2 - Shelley
(2)
$8.99 $3.99
The Shelley story continues, the focus now on Mary. Percy has just declared his love for her, but upon being told by her father that he may not take her as his companion, implores her to join him in a suicide pact. Thankfully cooler heads prevail; Mary runs away with Percy—her sister Claire also joining the lovers—and thus begins their European adventure. On their journey, they will meet up with the flamboyant Lord Byron, whose rainy-day suggestion in Switzerland to each write a ghost story will change Mary's life forever...

Shelley- Volume 1 - Shelley 1. Percy Shelley - Casanave Daniel - to read online on izneo or download on your iOS and Android tablet or smartphone.

Read the album
Add to cart
Added to your cart
V.3 - Hubert Reeves Explains
(0)
$8.99
In a voyage of discovery that takes us to the bottom of the sea, Hubert Reeves explains how the oceans formed, what makes them salty, and what causes currents and tides. He reveals the wonders of life below the waves and shows us how the oceans can determine the very future of our precious planet. This is why they need our protection.