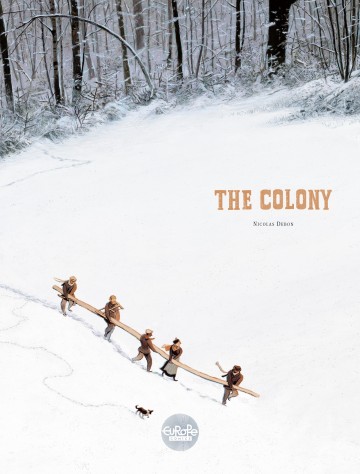 Read an excerpt
$8.49
Add to cart
Added to your cart

At the turn of the 20th century, society is in tumult. Anarchist groups have turned from political terrorism to nonviolent revolution, seeking to escape the world's injustice by returning to nature. Against this backdrop of upheaval, Fortuné Henry travels alone to a remote clearing on the edge of the vast Ardennes Forest, there to found his own colony: L'Essai. Many will join him. Some will leave. Others will stay. In colors by turns muted and vibrant, but always sensitively attuned to the setting and character, Nicolas Debon breathes life into the true story of a short-lived utopia."The Colony is a fitting tribute to L'Essai, but also an earnest lament in the human weakness that limited its time of existence." The Comics Beat