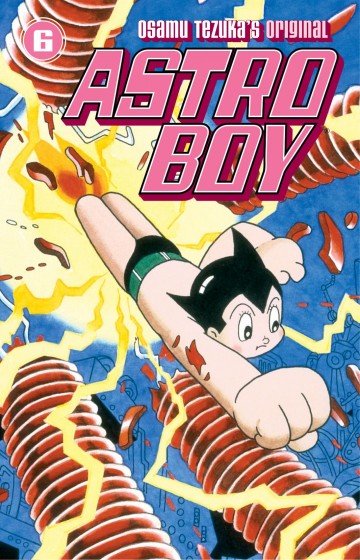 In the wake of the critical acclaim of the incredible Metropolis animated feature, interest in the work of Osamu Tezuka, creator of Metropolis and the godfather of Japanese comics and animation, has never been greater, and Astro Boy is the flame that ignited the modern manga and anime industries. Perhaps the most endearing, and enduring, character to emerge from Tezuka's volcanic imagination, Astro Boy thrills, amuses, and warms the hearts of readers of all ages. In this volume, a collision with an alien spacecraft sends Astro and the craft's female pilot fifty years into Earth's past, a past before robots -- not to mention aliens! Astro must find a way back to his present -- our future -- before he runs out of power, but his power is desperately needed in a world torn by war and the terror of nuclear weapons!

This digital comic is available in english version. The following reading modes are available with the izneo reader:
Astro Boy- Volume 6 - Astro Boy Volume 6 - Osamu Tezuka - to read online on izneo or download on your iOS and Android tablet or smartphone.

Astro Boy- Volume 6 - Astro Boy Volume 6 - Osamu Tezuka - to read online on izneo or download on your iOS and Android tablet or smartphone.