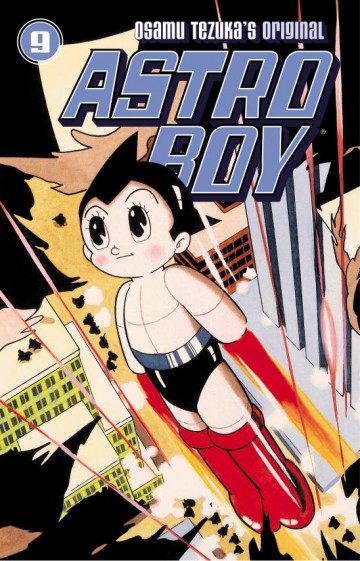 Osama Tezuka's Astro Boy is the all-time, 100,000 horsepower champion of classic all-ages robot action! Available for the first time in America, these tales are as exciting, touching, and hilarious as when Tezuka crafted them almost half a century ago! In this volume: Astro Boy tries to foil a mad scientist's plot to use a robotic Cleopatra to recreate the ancient kingdom of Egypt; Astro tries to solve the mystery of a young ghost appearing on 3D TVs; and Astro joins with the robot Cobalt in a race against time to stop a lost H-Bomb from devastating Japan!

This digital comic is available in english version. The following reading modes are available with the izneo reader:
Astro Boy- Volume 9 - Astro Boy Volume 9 - Osamu Tezuka - to read online on izneo or download on your iOS and Android tablet or smartphone.

Astro Boy- Volume 9 - Astro Boy Volume 9 - Osamu Tezuka - to read online on izneo or download on your iOS and Android tablet or smartphone.