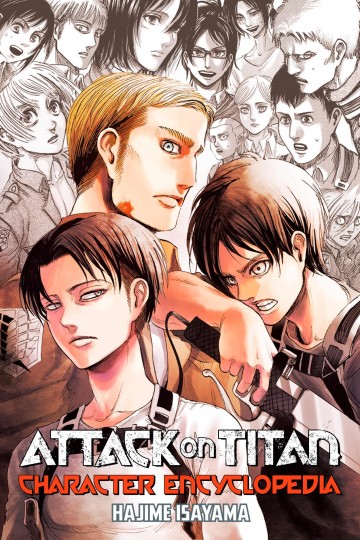 From Eren and the rest of the 104th to nameless citizens within the Walls and even the people beyond, this definitive guide illuminates over 200 characters and includes: Main characters’ birth dates, heights, beloved catchphrases An explanation behind the Nine Titans and their powers A guide to the characters who live outside the Walls A long interview with Hajime Isayama, where he reveals the inspiration behind his characters …And much, much more!

This digital comic is available in english version. The following reading modes are available with the izneo reader:
Our Feel Good Reading List
Comics, Manga & Graphic Novel that will cheer you up :)

A tribute to Attack on Titan!
The pop culture sensation!

Read the album
Pre-order
Added to your cart
V.33 - Attack on Titan
(0)
$10.99
Once hailed as humanity’s greatest hope, Eren has since become unrecognizable. With the Attack Titan now morphed into a grotesque, colossal skeleton of its former self, Eren continues to control the wave of Titans laying waste to the world, extinguishing countless homes, towns, and lives in their wake. In order to salvage what’s left of humanity, Mikasa, Armin, and the Survey Corps decide to confront Eren head-on. But to stop the Rumbling, they’ll have to dedicate much more than their hearts...
New