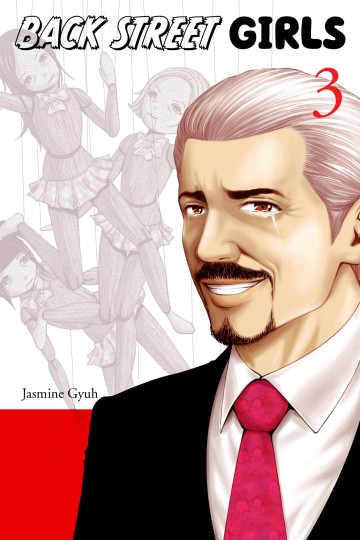 Thanks to the schemes thought up by their demonic gang boss and producer Inugane, the Gokudols are a huge hit on stage. They make more TV appearances and finally land a gig airing right alongside a star they’d always admired! As these yakuza get used to being idols, their popularity just keeps skyrocketing! And soon they’re joined by a delinquent from the States who doesn’t know the true horrors that their job entails! "Come on, everybody! Let’s have a foursome!" What fate is in store for this oblivious oaf?!

This digital comic is available in english version. The following reading modes are available with the izneo reader:
Back Street Girls- Volume 3 - Back Street Girls 3 - Jasmine Gyuh - to read online on izneo or download on your iOS and Android tablet or smartphone.