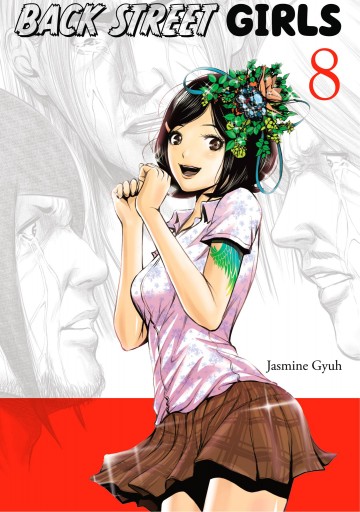 When the Gokudols join the social media phenomenon that has taken the world by storm, they see a drastic increase in their popularity! Next thing they know, they're performing five concerts a day and welcoming the emergence of sister groups! But will the plan to break into the overseas scene give them their big break or bring them to their breaking point?! Come and join the Gokudols movement!

This digital comic is available in english version. The following reading modes are available with the izneo reader:
Back Street Girls- Volume 8 - Back Street Girls 8 - Jasmine Gyuh - to read online on izneo or download on your iOS and Android tablet or smartphone.