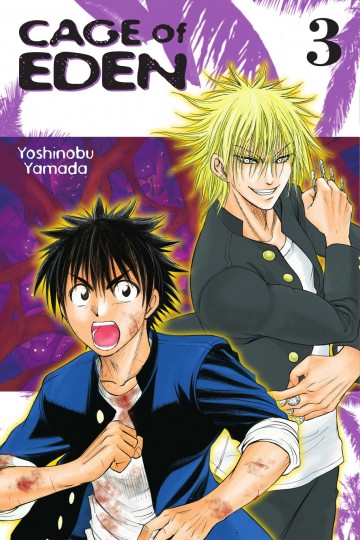 Akira and his classmates are on a plane heading back home after a field trip abroad. Suddenly the plane crashes on a mysterious island. Akira is somehow still alive despite the crash, but soon discovers that he's not exactly safe and sound when enromous supposedly extinct beasts begin chasing him. Akira begins to find other classmates who have also survived the crash. Some work together and some work against each other in an effort to survive on the strange island. I SAW IT ALL A mysterious message written in the sand drives one of the castaways to the brink of madness. Now, it is up to Hikari to help make the situation better. But, when the mysterious Hades arrives... the situation could spell disaster for all of the classmates involved. The fight for survival continues HERE, in Cage of Eden! Includes special extras after the story!