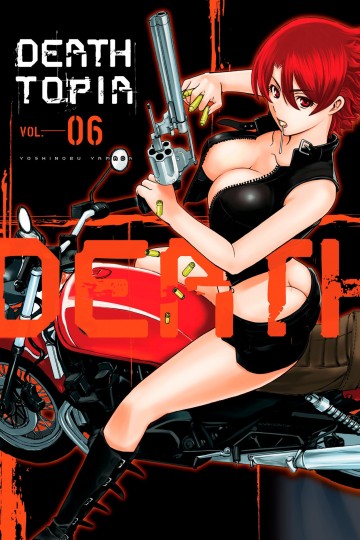 Yui sets up a solo sting operation to get revenge on Reverse, the cheater who killed her family. Koh and the others try to stop her until they’re blocked and attacked on their way by Toru Rinzai. Meanwhile, Yui underestimates Reverse, and he gains the upper hand, stabbing her and leaving her filled with pain and regret -- but suddenly, her emotions are transmitted to Koh, and his powers are activated! Following some even more shocking changes, the fate of Unit Six hangs in the balance…!