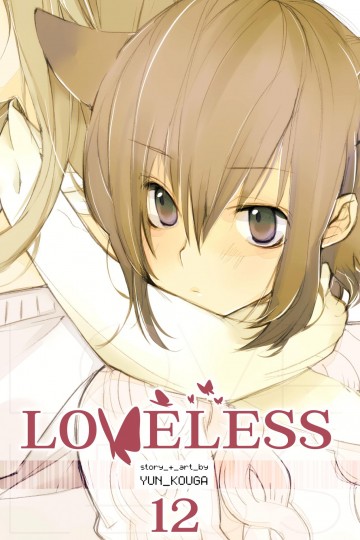 Seimei refuses to fight alongside Nisei against an enraged Moonless, further straining the manipulative ties that bind the dirtiest Fighter to his heartless Sacrifice. Meanwhile, while looking at his brother’s photo album, Ritsuka discovers new information that doesn’t match up with what he’s been told about his old self.

This digital comic is available in english version. The following reading modes are available with the izneo reader:
Loveless- Volume 12 - Loveless 12 - Yun Kouga - to read online on izneo or download on your iOS and Android tablet or smartphone.

Read the album
Add to cart
Added to your cart
V.13 - Loveless
(0)
$9.99
With Soubi coerced back into his relationship with Seimei and now missing, Ritsuka becomes determined to reclaim the strange man who changed his life from the brother he once adored. Meanwhile, Nagisa reveals information about the past of Seven Voices Academy and the painful origins of old loves lost.

Read the album
Add to cart
Added to your cart
V.1 - Loveless
(1)
$14.99
A tribute to women in comics & manga!
Enjoy adventures from a female perspective!

Osamu Tezuka on izneo!
Come read the Father of Manga!

A tribute to Attack on Titan!
For those who are not yet ready for this to end!