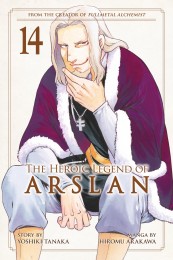 V14 The Heroic Legend of Arslan

Arslan’s army has returned with a new resolve to turn back the Tūrа̄nian forces besieging Peshawar. Though they have succeeded in foiling each attempt to invade the city walls, the Tūrа̄nian king’s brazen murder of innocent Lusitanian farmers has earned the ire of the young prince. His colorful crew of generals and mercenaries are in for a challenge as Arslan is determined to ride into battle himself to end the senseless violence... 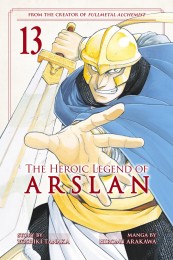 V13 The Heroic Legend of Arslan

News of Turan’s opportunistic invasion reaches Arslan, while his armies have already made a quick return to come to the defense of Peshwar castle. To the east, the now free Andragoras begins plotting his next steps—but so is Hilmes. While one battle begins to look up, another, much fiercer has already begun to bear down on the young prince. 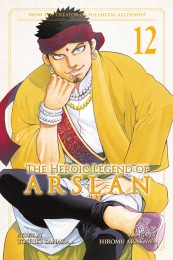 V12 The Heroic Legend of Arslan

A revelation of identity seems to set long-awaited plans in motion–however, Guiscard has other ambitions, unbeknownst to those who seek his alliance. And beyond hidden motives are the hidden strengths of those thought to be lost, heralding returns that will complicate things even further. Amidst the unfolding plots to capture the throne, a surprise attack threatens all parties, and the gears of war begin turning in a new direction … 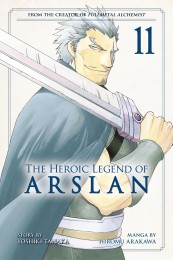 V11 The Heroic Legend of Arslan 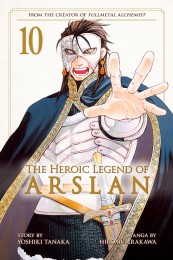 V10 The Heroic Legend of Arslan 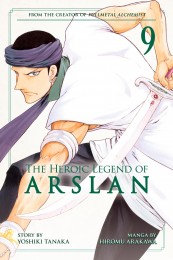 V9 The Heroic Legend of Arslan

Prince Arslan finds himself gifted with 3,000 cavalrymen for aiding Rajendra in the capture of his traitorous brother, Gadhevi. But the king’s two-faced generosity is clouded with greed as he sets to ambush Prince Arslan and his Parsian army late in the night. And later, in Peshawar Fortress, more trouble lurks as a shadowy figure silently stalks Arslan and his retinue in search of a secret letter. 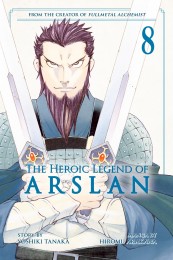 V8 The Heroic Legend of Arslan 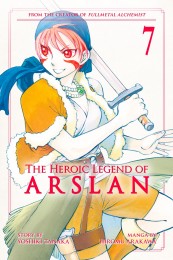 V7 The Heroic Legend of Arslan

Another Prince's Problem -- After being diverted in the sandy kingdom of Sindhura, Arslan’s party becomes entangled in a war of succession. Arslan may have new allies in Prince Rajendra and the warrior Jaswant, but are they truly worthy of his trust? The bitter conflict between Rajendra and his tyrannical brother, Gadhevi, has fostered paranoia across the nation of Sindhura. In this tense climate, is Arslan safe with a new friend, or is he merely a pawn? 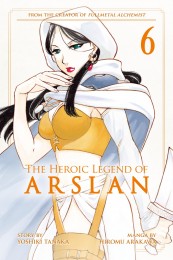 V6 The Heroic Legend of Arslan

Prince Arslan and his allies have reached the citadel of Peshawar, but even among fellow Parsians, they can’t rest easy. In the midst of war, rumblings of King Andragoras’ dark past have resurfaced, bringing even Arslan’s right to the throne in question. The prince and his friends have counted on loyalty to Pars, but with doubt over the rightful succession, does that loyalty still include Arslan? He must confront who he is—and what his enemies really want—in a showdown with Hilmes. Meanwhile, another conflict over a throne in the Southern kingdom of Sidhura draws Arslan’s group into a fight between brothers. Will they be pulled further into war, or can they leverage this new development in their favor? 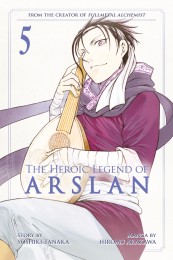 V5 The Heroic Legend of Arslan

Princes Arslan and his companions face a long journey to Peshawar Citadel, a fortresss surrounded by treacherous mountains. While a chance encounter leaves Narsus with a new comrade and admirer, Arslan’s group must face the bloodthirsty son of Kharlan, Zandeh, who is eager to avenge his father’s death. Despite creating constant setbacks for Arslan, matters on the enemy’s side are far from a united front. In the Lusitanianoccupied capitcal of Ecbatana, King Innocentis VII and his advisers are at odds with the radical ideas of the Holy Knights Templar. Behind it all, Silver Mask is slowly carrying out a plan that threatens to shake both sides and even call Arslan’s right to the throne of Pars into question. 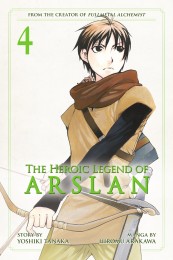 V4 The Heroic Legend of Arslan

A King’s Convictions The priestess Farangis and wandering minstrel Gieve have joined Prince Arslan in his quest to reclaim his kingdom. But these new additions are far from enough to stand up against the vast army of Lusitania and the nefarious scheming of the Man in the Silver Mask. Arslan must seek reinforcements from Kashan Fortress and is warmly greeted by its lord, Hodir, but Hodir’s hospitality will come at a price. As the path to the royal throne stands before him, Arslan’s principles will be put to the test and he will discover what it means to be a true king. 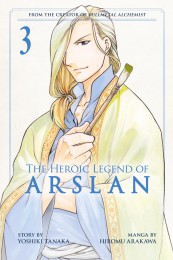 V3 The Heroic Legend of Arslan

Though Arslan and his party have escaped Kharlan's forces, Kharlan will stop at nothing to capture the former prince of Pars. To draw out Arslan, Kharlan has an underhanded plan to massacre innocent villagers until the prince makes his appearance, but Arslan will not stand idly by while the lives of his people are at stake, so he heads out to take on Kharlan and his army of over one thousand soldiers. Though it may seem like Arslan's sense of justice is far from strong enough to take on Kharlan's overwhelming military might, with Narsus' razorsharp wit, Daryun's unmatched prowess as a soldier, Elam's excellent bow skills, and the help of two new and formidable allies, Arslan has more than a fighting chance to prevail and journey closer to reclaiming his once lost kingdom. From the Trade Paperback edition. 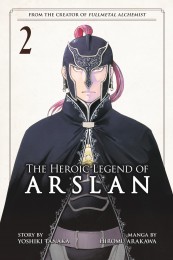 V2 The Heroic Legend of Arslan 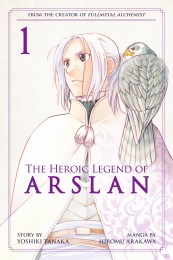 V1 The Heroic Legend of Arslan