V.1 - Beauty and the Beast of Paradise Lost 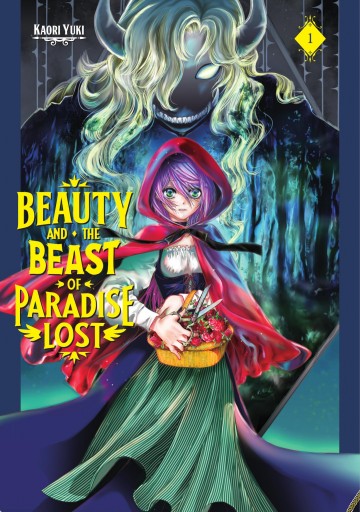 Volume : 1 - Beauty and the Beast of Paradise Lost 1

I am a big fan of the fairytale Beauty and the Beast and have during the years read many different retellings, so when I saw Beauty and the Beast of Paradise Lost Vol 1 by Kaori Yuki, I had to get my hands on it! This story is dark and has a different spin on the curse, which makes this something I have never read before. I loved and enjoyed this read immensely. It's dark and scary as you would expect and the first volume was amazing at setting up the world in so short a time. I hated, I feared, I grieved. There are undertones of humour and I am sure as the story progress it will be more prominent. The beast is for sure a special character. Belle is born with violet hair - a bad sign - but despite the prejudices and whispers in town she's a carefree child, but it ends the day Belle ventures into the forbidden forest. There are stories about a beast living in the forest who kills beautiful women if they don't love him. Belle's mother, who followed her to get her out of the forest, is kidnapped by the beast. When a body later is discovered everyone thinks it's her mom, except Belle. A uniquely shaped birthmark wasn't on the body. For many years after she's being ”protected” by her father which keeps her locked up. She hates herself and is only a shell of her former self. Suddenly one day there are signs that the beast is back. Even though Belle is stiff with fear, she returns to the forest to ask the beast what happened with her mom. An interesting dark spin on the classic tale about Beauty and the Beast. I look forward to the next volume!