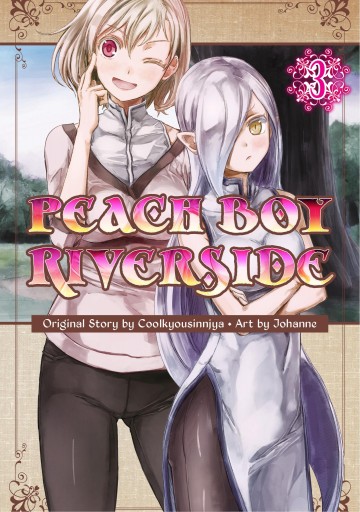 Get ready for a story that will really resonate in your heart—this marks the beginning of a classic fantasy tale full of epic world building!! A princess who does not yet know her destiny and a boy driven by the urging of his mysterious “peach” powers—when these two meet, it kicks off an epic adventure!! A princess who aspires to see the world, Saltherine, asks a traveler, Mikoto, to take her outside the walls of her home country. But then a group of “ogres,” creatures with immense power, attack the castle, upending the princess’s peaceful homeland in an instant!! On her journey to learn about the world outside her homeland, Sally is reunited with Mikoto and swears to fight discrimination before they once again go their separate ways. Sally’s next destination is the forest to the west where Winnie the witch lives. Encounters with witches, elves, beastmen, and new ogres teach Sally even more about the problems plaguing her world!! A new chapter in this classic fantasy story that began as a fairy tale, the “Witch of the Western Wood” Arc, begins! You won't want to miss a single page!

This digital comic is available in english version. The following reading modes are available with the izneo reader:
Peach Boy Riverside- Volume 3 - Peach Boy Riverside 3 - Johanne - to read online on izneo or download on your iOS and Android tablet or smartphone.
Coming soon

Read the album
Pre-order
Added to your cart
V.9 - Peach Boy Riverside
(0)
$10.99
A super classic fantasy story that came from a fairy tale!! Long, long ago, there lived an old man and an old woman. The man went into the woods to chop firewood, while the woman went to the river to do laundry (etc.)—but this isn’t Mikoto’s past. This is a journey down memory lane to learn how Hikonomikoto Kibitsu, also known as “Momotaro,” met Mikoto and how they parted. The shocking flashback arc that connects the two Mikotos—collected here in one place!