V.3 - Back When You Called Us Devils 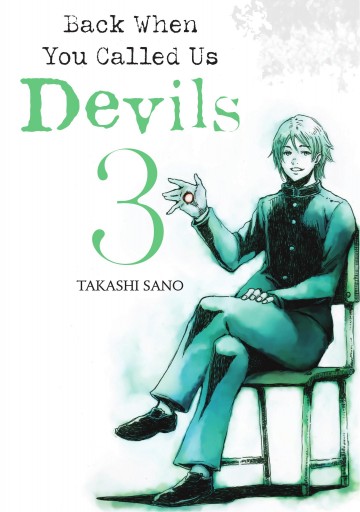 Now that his past caught up to him again, Yusuke has no choice but to yield to his evil self. “Memory or not, the devil’s always gonna be a devil” says one of Yusuke’s former minions, while watching him torturing the former victims that tried to punish him for his old crimes. Yet, Aizawa knows best; Yusuke’s evil grin was a mask, and Yusuke’s current evil deeds are no match for the ones perpetrated by his old self. Yes, all characters get more complex - Yusuke, Aizawa too, but it’s Tamaki, Yusuke’s new girlfriend, that takes center stage. She becomes the driving force that’ll trigger another round of recollections - but no good deed stays unpunished, so will Tamaki regret her actions? Will her relation with Yusuke change after Yusuke gains (some of) his memories back? The “true” story of Yusuke and Akari begins… in the next volume.

In order to protect his closest relations from those seeking revenge against him, Yusuke puts on the mask of a devil once more…even though there’s no longer a single remnant of the devil in him. Stricken by despair, he’s taken by a girl back to a seaside town…and there, he finds what he was looking for. Now the memories come flowing back, more vividly than ever…

Read the album
Pre-order
Added to your cart
V.6 - Back When You Called Us Devils
(0)
$10.99
In a mountainside village, Aoshi Fujimori lives with his sisters as they cower at the violence of their stepfather. To protect their lives and futures, the three of them begin living with a man they know nothing about. Their strange arrangement gives them solace for now...but in time, small cracks begin to form. Ten years after he disappeared, Yusuke Saito is still alive.
New

Read the album
Add to cart
Added to your cart
V.1 - Back When You Called Us Devils
(1)
$10.99
Special selection!
Action, Adventure and Battles!