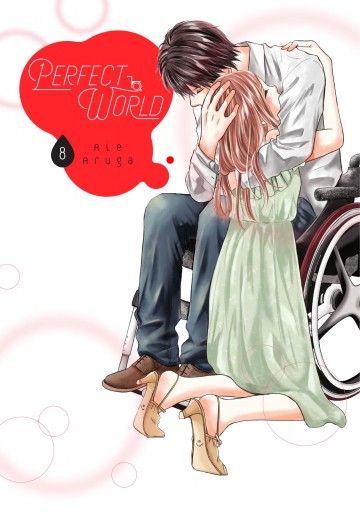 Itsuki and Tsugumi spend the night after the earthquake together in a van outside the shelter. Koreda and Nagasawa arrive from Tokyo the next day, and Nagasawa takes Itsuki to a different shelter and away from Tsugumi. Unfortunately, Koreda learns that Tsugumi and Itsuki spent the night together. Later, Tsugumi's friend, Maika, invites her out to Tokyo, and Tsugumi accepts...only to learn that Maika's boyfriend, Haruhito, who uses a wheelchair, broke up with her some time ago. They say they have no regrets...and Tsugumi finds herself at Itsuki's apartment that night instead of Koreda's.

This digital comic is available in english version. The following reading modes are available with the izneo reader:
Perfect World- Volume 8 - Perfect World 8 - Rie Aruga - to read online on izneo or download on your iOS and Android tablet or smartphone.

Read the album
Add to cart
Added to your cart
V.9 - Perfect World
(0)
$10.99
Tsugumi and Itsuki finally realize their feelings wholeheartedly, while Nagisawa and Koreda come to terms with their relationship. Tsugumi's father has a hard time accepting her attachment to Itsuki...but is that enough to create a rift between these two? It feels like things are coming full circle, and these four are hopeful that things will blossom.