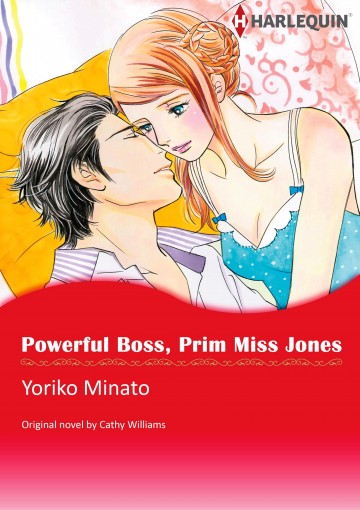 Read an excerpt
$6.89
Add to cart
Added to your cart
Included in the izneo Premium subscription
Learn more about izneo Premium

After her mother passed away, Elizabeth was going through her mother's things, when she discovered a letter that told her the true identity of her father. She decided to do whatever it takes to meet him, which means…becoming his caretaker? At least this way, Elizabeth decided, she can stay by his side. He takes a liking to her and she works hard as his devoted caretaker, but there’s one man at the mansion who views her with suspicion. It’s her father’s adopted son, the coldhearted, hardworking Andreas. He’s convinced she’s out to steal the family’s wealth. He orders her to spend nights working as his secretary so he can see what she’s really like. Will he discover her true identity?

This digital comic is available in english version. The following reading modes are available with the izneo reader:
Special selection!
Action, Adventure and Battles!

Read the album
Add to cart
Added to your cart
TO SIN WITH THE TYCOON
(0)
$6.89
Alice works as a secretary to a wealthy man named Gabriel. He’s a hard worker and well known for being a playboy. He seems uninterested in Alice, who keeps a low profile. Because of her family situation, she’s been focusing solely on her career. Gabriel is intrigued by the fact that Alice demands her weekend be free of work. He wonders if she has a boyfriend. With a growing interest in each other, they take a business trip to Paris, where they grow much closer than either had expected.

Read the album
Add to cart
Added to your cart
THE ITALIAN BILLIONAIRE'S SECRET LOVE-CHILD
(1)
$6.89

Read the album
Add to cart
Added to your cart
SLEEPING WITH THE BOSS
(0)
$6.89

Read the album
Add to cart
Added to your cart
CHARADE OF THE HEART
(0)
$6.89
Close