V.3 - Something's Wrong With Us 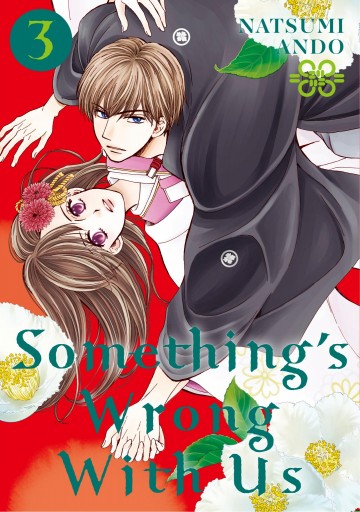 The proprietress has caught onto Nao’s true identity, and will do anything to kick her out. But one day, a woman appears, claiming to be Nao’s mother and covering for her. As Nao chases the bare threads of connections to her real mother, Tsubaki remains close behind. The two grow further intertwined after overcoming the Shirafujiya incident, incurring the wrath of the old master, and sharing a room… But trust is far from the Kogetsuan home where Tsubaki admits to Nao that if he ever saw Sakura again, he’d make Sakura disappear

Read the album
Add to cart
Added to your cart
V.6 - Something's Wrong With Us
(0)
$10.99
Nao is more nervous than ever experiencing some unfamiliar symptoms, but she throws herself into making Shimaya’s warabi mochi in order to help Jojima out. Meanwhile, Tsubaki senses that Nao is hiding something from him, but decides not to press her about it, and the two naturally grow closer. When they visit Yuko, Tsubaki lays bare his true feelings and Nao is touched by his sincerity. She thinks she can take a chance on his love, but can she?

Read the album
Add to cart
Added to your cart
V.2 - Let's Dance a Waltz
(0)
$10.99
Homely and shy, Himé is burdened by the name her mother gave her, “Princess.” Wanting nothing more than to be unnoticed and live a modest life, Himé gets a jolt of inspiration when she tries a dance class where she meets Tango. Her teacher/dance partner, Tango happens to also be her classmate at school. Unfortunately, Tango is desperate to keep his ballroom dancing a secret, believing it will ruin his cool image if anyone at school finds out. Will Tango quit teaching Himé in order to keep his secret or will he be the partner Himé believes he’s destined to be?