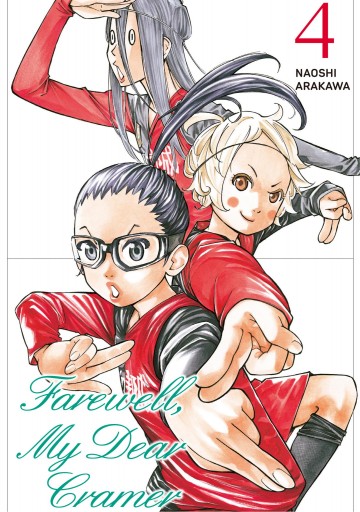 In the Saitama Prefecture Inter-High qualifying matches, the Walabis have managed to win all their games despite Nozomi's Onda's uneven play. But their opponent in the first round of the tournament is the crowned champion of Saitama, Hosei Urawa. Can the Warabis manage to slay the giant--the team whose absolute dominance has led to them not giving up even a single point in Saitama play the past two years?

Read the album
Add to cart
Added to your cart
V.13 - Farewell, My Dear Cramer
(0)
$10.99
The result of a fierce final match was a Warabi loss to Korenkan. But the girls have little time for tears as they're whisked away for a training camp in preparation for the Saitama qualifying matches of the All-Japan High School Girl's Soccer Championship. It's there that Fukatsu introduces a new tactic: Gegen Pressing…

Read the album
Add to cart
Added to your cart
V.3 - A School Frozen in Time
(1)
$10.99 $5.99
First, there were eight, and now there are six. With Mitsuru and Shimizu now missing, everyone is on edge as they try to find a way out of their horrifying circumstances. The remaining students continue to suspect that the person keeping them trapped is among them, but Shimizu also suggested a bizarre, new theory: they may be inside the mind of the person who took their own life at the school festival. Takano thinks he might just know who their tormentor is, but many unanswered questions still remain. Can he get to the bottom of this mystery before his time’s up?