V.8 - My Dearest Self With Malice Aforethought 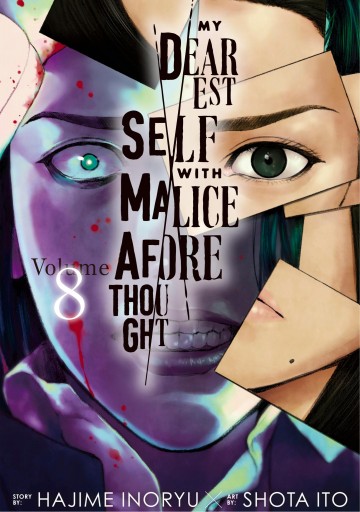 Volume : 8/9 - My Dearest Self with Malice Aforethought 8

“If I don’t trust anyone, no one can ever betray me. Simple, right?” I hate it when I’m asking the right questions, only to get all the wrong answers - yes, there was a hidden motive behind Momoi’s decision to take B1’s side, it’s buried in her past, and it’s one of the biggest shocks in the series (so far). This volume reveals more about the conspiracy behind Eiji’s father’s death; we get to uncover several hard truths and meet several killers, but LL’s mystery remains unsolved (and so is B1’s mystery - is he a killer, too?). To help readers trying to solve the case before the 11th (and final) volume is published, there’s a new “Record of All Key Characters” at the end of the volume, highlighting every day’s key events. I guess things are going to get complicated… again. Oh well, at least the next volume arrives next month.

Momoi gives B1 an ultimatum. "Prove your and your father's innocence in three days." After a desperate search, B1 finally reaches his goal... He comes face to face with his father's murderer...

Read the album
Pre-order
Added to your cart
V.9 - My Dearest Self With Malice Aforethought
(0)
$10.99
Who IS LL...? B1 knows that Kyoka is aware of who LL really is and he's going to do anything to find out the truth. But as his investigation progresses, things take a turn for the worst. While still hospitalized, Kyoka was attacked by the one person B1 would never have thought possible...
New

Read the album
Add to cart
Added to your cart
V.1 - My Dearest Self With Malice Aforethought
(1)
$10.99 $5.99
Special selection!
Action, Adventure and Battles!