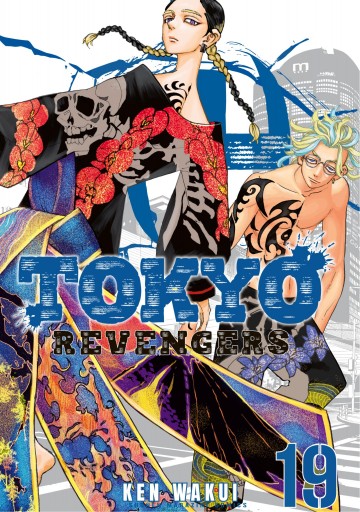 The Tenjiku vs ToMan battle rages on. Ken Wakui guides us masterfully through the story, alternating all-out action sequences with flashbacks that help drawing complex portraits of the characters, explaining their quirks and foreboding their future actions on the battlefield. Still, there are secrets to be found and (big) surprises to be had; Tenjiku prove once again they’re vicious jerks willing to break all rules to win - and yet, there’s still someone in that gang that has honor and obeys rules. Too bad the same honor has him tied to a killer… This volume continues the Kanto Uprising battle with some surprising twists and the same old certainty: Takemichi isn’t giving up. Ever. And, deus ex machina or not, that’ll be his redemption. Onwards to volume 20 - will it be the end of this epic gang fight?

The time leap suspense story enters its 19th volume! The Kanto Uprising reaches the next stage! Toman struggles against Tenjiku's overwhelming forces. Hakkai and Angry form the "Little Bro Alliance" to take on the frighteningly formidable Haitani Brothers. The odds stacked against them. But what's happening to Angry...?!

Read the album
Add to cart
Added to your cart
V.22 - Tokyo Revengers
(1)
$10.99
The newest Time Leap: Suspense, volume 22!! The Kanto Incident draws to a close, and the Toman approaches their final gathering. Upon receiving the support of Mikey, Takemichi resolves to separate himself from the past. Is that the key to eventually achieving the greatest happiness ever before…?!