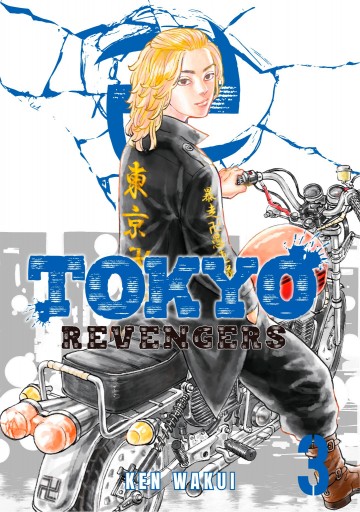 What was supposed to be an easy task (prevent a fight) turned into full-fledged gang warfare! Tokyo Manji Gang is still just a bunch of high-schoolers, after all - are they easy prey to the experienced and way older Moebius Gang? Takemichi acts for the greater good - but the changes in the timeline triggered by his actions seem to make things worse for his friends - and himself. The stakes are the highest they’ve ever been, because his new goal is to prevent a murder, while trying not to become the victim himself. Yet another nail biting volume, that somehow manages to add a little romance to the mix. That one has to be the weirdest first kiss of all time, I think… Great combination of humor, drama and high stakes action - it's the kind of manga you'd want to read all in one sitting

Takemichi time-leaps 12 years into the past to save his beloved ex- girlfriend, Hinata, from getting murdered by the villainous Tokyo Manji Gang. In order to stop the Moebius from splitting Toman apart, Takemichi tries to persuade Mikey to avoid the conflict. That’s when Moebius attacks! Things spiral out of control, leaving Takemichi bewildered over rapid changes in the timeline. And someone’s got a knife with Draken’s name on it!

Read the album
Add to cart
Added to your cart
V.22 - Tokyo Revengers
(1)
$10.99
The newest Time Leap: Suspense, volume 22!! The Kanto Incident draws to a close, and the Toman approaches their final gathering. Upon receiving the support of Mikey, Takemichi resolves to separate himself from the past. Is that the key to eventually achieving the greatest happiness ever before…?!