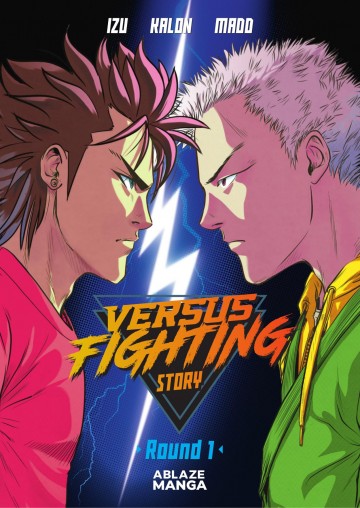 From Japan to the USA, the e-sport phenomenon continues to grow! The first manga dedicated to the world of e-sports competition! Max Volta, leader of a team of professional players, launches an assault on the Capcom Pro Tour, one of the major international competitions for Street Fighter V. Everything does not happen as expected for the arrogant and overconfident Max…even after being named top pick to win the tournament, he suffers a crushing defeat. Max takes it out on his friends, which leads to his sponsors pulling out. He is afraid his career is over. But then the mysterious Inés offers to return to the basics of “VS fighting” and put together a team capable of beating the Japanese god of fighting games…which will cause a storm in the world of professional gaming. Whether you’re a beginner or a combat game specialist, you’ll enjoy taking a dive into the heart of the competition in this humorous adventure and its gallery of colorful characters! Officially endorsed by Capcom and the fighting game community, featuring genuine Street Fighter characters, and produced in the vein of the best sports shônen, discover the e-sports spirit, as you have never seen it before.

This digital comic is available in english version. The following reading modes are available with the izneo reader:
Discover our Simulpub series...
Read on the same day as Japan!

Read the album
Add to cart
Added to your cart
V.1 - Clockwerx
(30)
$5.99
A non-stop Steampunk thrill ride featuring giant robots and set in Victorian London. PUBLICATION IN 2 VOLUMES - COMPLETED SERIES. London, 1899. A series of mysterious deaths on the shipping docks have an ex-Scotland Yard officer on the hunt for clues. What he uncovers is a war between a huge corporation and a renegade group of individuals, with both parties fighting for a powerful new energy source. A cross-Atlantic collaboration between American authors Jason Henderson and Tony Salvaggio, and French illustrator Jean-Baptiste Hostache.
eazyComics