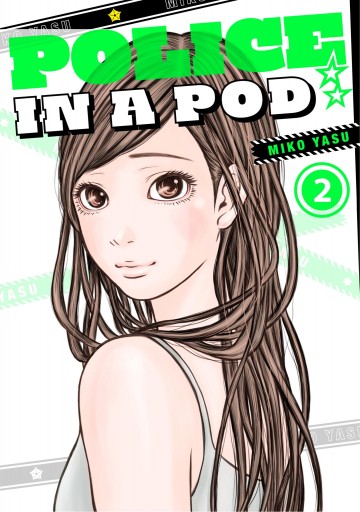 Nine short stories that taught me lots. Specifically: Part 9 - Mai Kawai is scared of ghosts. Also, apparently, throwing salt in front of entrances to scare ghosts away is a thing even policemen do in Japan. Part 10 - Forcing criminals to reenact their crimes work wonders (even for sex molesters). Part 11 - Friendly competition between police officers is encouraged - only if it doesn’t involve the captain’s car. Part 12 - Police officers are prohibited from using a love motel during working hours. Part 13 - Family comes first. Part 14 - Dating scene in Japan involves a lot of drinking and karaoke. Unless you’re a police officer. Part 15 - Women are great at stopping (censored) fights. Part 16 - Police work also involves very early morning training. Part 17 - Brute force helps. When you’re doing pushups, that is. Overall, a nice volume, the stories are a bit more comedy-focused this time, although there’s always a (serious) lesson to be learned. And all of these unconnected cases build up an overall story of evolving relationships - the story of an ordinary police station.

With both the appearance of a sexy actress and the guts of a gorilla, Chief Fuji is hugely popular! The number one most talked about “on- site” police comedy across Japan drawn by a former professional.

Continue summary
Police in a Pod- Volume 2 - Police in a Pod 2 - Miko Yasu - to read online on izneo or download on your iOS and Android tablet or smartphone.
New

Read the album
Add to cart
Added to your cart
V.5 - Police in a Pod
(1)
$10.99
“We’re always working while others are having fun…” Police officers want to have fun, too. But, there’s no end to the work. From summer festival security and molestation investigations to police questioning and gun fights, there are plenty of tasks to struggle with and withstand while on duty. After all that hard work, will they finally achieve policeman’s high…?

Read the album
Add to cart
Added to your cart
V.1 - Police in a Pod
(2)
$10.99
Special selection!
Action, Adventure and Battles!