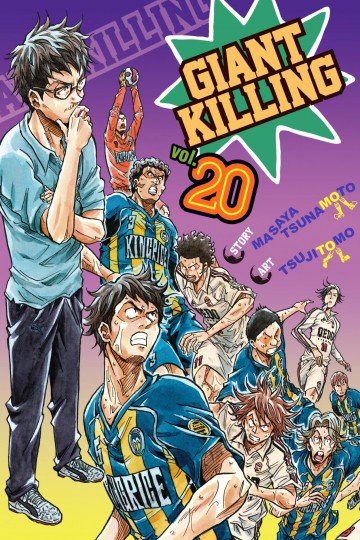 This digital comic is available in english version. The following reading modes are available with the izneo reader:
Giant Killing- Volume 20 - Giant Killing 20 - Tsujitomo - to read online on izneo or download on your iOS and Android tablet or smartphone.

Read the album
Add to cart
Added to your cart
V.23 - Giant Killing
(0)
$10.99
It's ETU pitted against the Kawasaki Frontier and their powerhouse offense! It doesn't take long for the game to turn into an extended shooting match—and the vice-president of Oedo Express is in the audience! Is ETU in danger of losing their main sponsor?

Read the album
Add to cart
Added to your cart
V.1 - Giant Killing
(0)
$10.99
Our Feel Good Reading List
Comics, Manga & Graphic Novel that will cheer you up :)