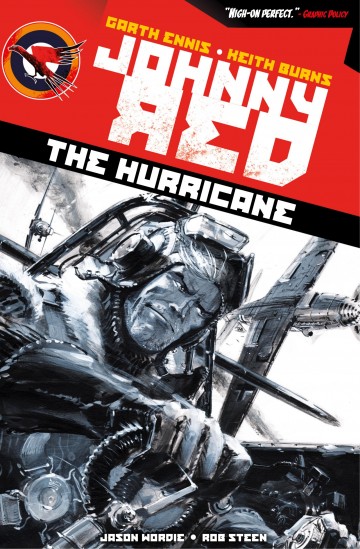 The legendary British comics character returns! Rogue British pilot, Johnny 'Red' Redburn, and the battle-hardened pilots of Russia's Falcon Squadron are once again battling the might of Nazi airpower over the blood-soaked crucible of Stalingrad. However, their war is about to become far worse when they uncover a devastating secret that puts them in the sights of not just the Nazis but their own side as well! Collects Johnny Red #1-8

Read the album
Add to cart
Added to your cart
V.8 - Johnny Red
(0)
$3.99
Johnny and the surviving members of his beloved Falcon Squadron face execution – not at the hands of the hated Nazis, but by their own side, as the Soviet secret police prepare to eliminate all knowledge of the ghastly secret hatched by Stalin and Hitler!

Read the album
Add to cart
Added to your cart
The Boys: Dear Becky #2
(0)
$3.99
As Hughie’s discoveries take him down a highly dangerous rabbit hole, what he learns about the good old days reveals a strangely conflicted Butcher- at the worst possible time, as the Boys investigate a particularly insidious supe threat.