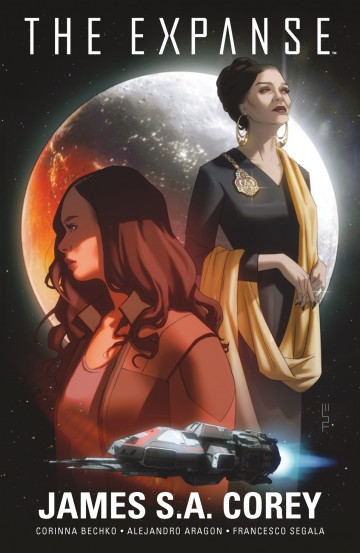 When Bobbie Draper, a former Martian marine, brings Chrisjen Avasarala, the former Secretary-General of the United Nations, intel on an intergalactic black market weapons ring, Avasarala sees an opportunity to reclaim her lost political power. But as the unlikely pair dig deeper into the secret cabal, they will find a threat that is much larger - and closer to home - than either had ever imagine.

This digital comic is available in english version. The following reading modes are available with the izneo reader:
Have you read the comics?
The Umbrella Academy, Dune...

Expanse, The- Volume 1 - Expanse, The SC - Corinna Bechko - to read online on izneo or download on your iOS and Android tablet or smartphone.

Read the album
Add to cart
Added to your cart
V.4 - The Expanse
(0)
$4.99
Bobbie and Avasarala make their final moves in the battle to save humanity, but any victory may come with a cost neither of them is ready to pay.
eazyComics

Read the album
Add to cart
Added to your cart
Planet of the Apes: Before the Fall Omnibus
(0)
$31.99