Alice Quinn is manifestly brilliant, and she’s always known that magic is real. During her years at Brakebills College for Magical Pedagogy, she rises to the top of her class, falls in love with Quentin Coldwater, and witnesses a horrifically magical creature invade their dimension. It’s not soon after graduation when Alice, Quentin, and their friends set their sights on the idyllic setting of Fillory: a place thought to only live in the pages of their favorite children’s books. A land where magic flows like rivers . . . But in this magical realm nothing is what it seems to be, and something darker lies behind the spellbinding facade. It is in the darkness where Alice will discover her true calling and her life, and those friends, forever changed. Acclaimed novelist Lev Grossman teams with New York Times bestselling writer Lilah Sturges (Lumberjanes: The Infernal Compass), and breakout artist Pius Bak for a new look at the smash hit trilogy The Magicians. 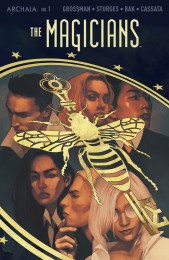 Series creator Lev Grossman returns to BOOM! Studios for an all-new story in the world of The Magicians with Lilah Sturges and artist Pius Bak that features the first appearance of the next generation of heroes and villains! Long after Quentin Coldwater has graduated from Brakebills, Dean Fogg welcomes the first class in Brakebills history to include hedge magicians, who are known for being dangerous practitioners of unsanctioned magic. As these two student bodies clash to prove their superiority, everyone at Brakebills is forced to take a side – not realizing a new threat has targeted them all! But the reason for this change at Brakebills will rock them to their core – and shock longtime fans of The Magicians! 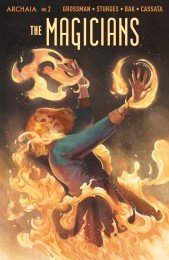 As the newly welcomed hedge Magicians and the traditional students come together for the first time in Brakebills history, things go wrong. A horrible accident leaves a student dead—and the only way to keep it a secret is for the two groups to work together. 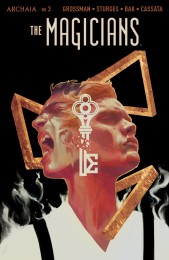 After the shocking conclusion of the last issue, the five students chosen to learn battle magic are forced to confront the terrible consequences of what they’ve done, and what it could mean for the future of Brakebills. As tensions mount, the traditional Brakebills students and the newly admitted hedges begin to turn on one another. 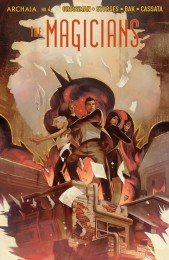 After discovering carnage in the midst of the Brakebills library, it’s clear that there is something much bigger at hand than the rivalry between the hedge witches and the traditional magicians. Someone, or something sinister is at work, and Dean Fogg will finally have to reveal the truth behind opening the doors of Brakebills to the hedges… and what it means for their future. 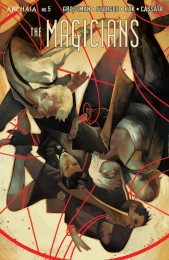 As the true reason behind Brakebills welcoming Hedge Witches comes to light, the students realize that theyare in even more danger than they realized. With their terrible secret bound in magic and blood, the students and adults are all heading blind into the coming storm.