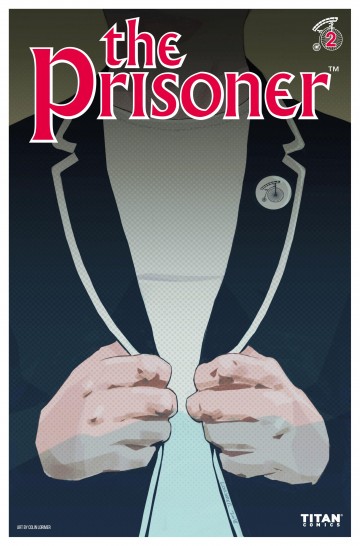 Following a botched mission in the Middle East, MI5 agent Breen’s partner and lover, Carey, was taken by the mysterious intelligence organization known only as The Village. Ordered by his station-head, Section, to gain access to The Village and liquidate Carey before she could be forced to give up her highly classified information, Breen refused the order, dramatically quitting the service and going rogue instead. He broke into the UK’s most closely guarded installations and stole the secret behind project Pandora, the UK’s most highly classified secret, determined to trade the information with The Village for Carey’s safe release. Becoming a target for both British Intelligence and The Village, Breen escaped to his safe house in Tuscany. However, four days later, a knock-out gas was pumped into his bolt hole and Breen awoke to find himself a ‘guest’ of The Village.

This digital comic is available in english version. The following reading modes are available with the izneo reader:
The Prisoner- Volume 1 - The Prisoner - Volume 1 - The Uncertainty Machine - Chapter 2 - Peter Milligan - to read online on izneo or download on your iOS and Android tablet or smartphone.

Read the album
Add to cart
Added to your cart
V.2 - The Prisoner
(0)
$29.99
Welcome to the Village… Set twenty years after the final episode of The Prisoner television series, Shattered Visage follows former secret service agent Alice Drake who awakens one day to find herself washed up on the shores of THE VILLAGE, shipwrecked and marooned, following a mysterious storm. In the most derelict and deserted Village she stumbles across the original NUMBER SIX, now an old man, who is still locked into a decades-old conflict with his old nemesis NUMBER TWO. Meanwhile, back in London, conflicting intelligence agencies fight to gain control of The Village, and the deadly secret lying at its very core. Written by Dean Motter (Mr. X, Wolverine, Grendel: Red, White and Black, Will Eisner’s The Spirit and Batman: Black & White) and Mark Askwith (Batman, Justice League International), and drawn by Dean Motter. This is the critically acclaimed, officially authorized sequel to the ground-breaking classic 1960s cult TV show The Prisoner. This collection also includes an introduction written by Abigail McKern, daughter of Leo McKern, who played the role of NUMBER TWO. “Shattered Visage is a fitting sequel to The Prisoner” – Ferretbrain.com “It ‘had me at hello’ and gets my highest recommendation.” – blogintomystery.com “As good at it gets.” – the-night-cruiser-blogspot.com

Read the album
Add to cart
Added to your cart
V.1 - The Prisoner
(0)
$12.99
Become a super reader
Write reviews and get comics for free!