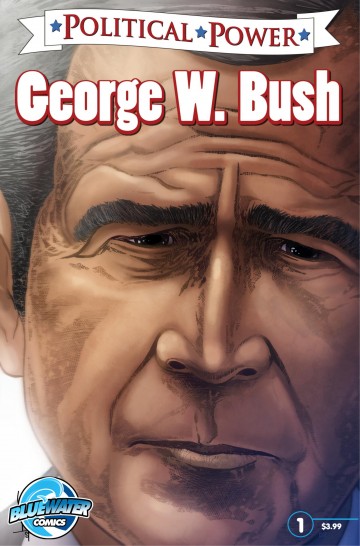 Born into a life of privilege, George W. Bush lived in the shadow of his father's political career until finally joining the race himself. In a Presidency riddled by controversy from the start, George W. Bush's reign was full of terrorist attacks and crashing economies and declaration of war. Don't miss this revealing look at the most controversial U.S. president in history as he recaps his two terms in his own words.

This digital comic is available in english version. The following reading modes are available with the izneo reader:
Political Power- Volume 18 - Political Power: George W. Bush - Joshua LaBello - to read online on izneo or download on your iOS and Android tablet or smartphone.

Read the album
Add to cart
Added to your cart
V.46 - Political Power
(0)
$3.99
Their roots are in the American Revolution, but in a scant two years The Tea Party has been reborn as a vital cog in the modern political wheel. Read all about the rise of The Tea Party and get insight into one of its most ardent supporters in the upcoming "Political Power: Michele Bachmann and The Tea Party" from TidalWave Productions.

Read the album
Add to cart
Added to your cart
Political Power: Justin Trudeau
(0)
$5.99
Pierre Trudeau, the 15th Prime Minister of Canada, was a powerful force in Canadian politics. When his son, the charismatic teacher with camera-ready looks and an easygoing nature, delivers the eulogy for his father, Canada – and the world – took notice. A voice for the youth and calming presence during troubling times, Justin Trudeau become the 23rd PM of Canada and a media sensation.