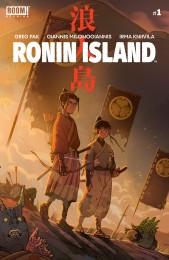 After a mysterious attack wipes out the major cities of 19th century Japan, Korea, and China, survivors from all three lands find refuge on a hidden island and build a new society. Hana, the orphaned daughter of Korean peasants, and Kenichi, son of a great samurai leader, have little in common except for a mutual disdain for the other. But these young warriors will have to work together when an army invades the island with shocking news: there is a new Shogun and the Island is expected to pay fealty in exchange for protection from a new enemy...a mutated horde that threatens to wipe out all humanity. Award-winning writer Greg Pak (Firefly, Mech Cadet Yu) and artist Giannis Milonogiannis (Prophet) present a story that examines how we move forward when our past divides, set against the backdrop of a post-disaster 19th century Japan. 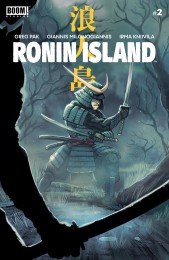 Under threat from a mutated horde, the island is forced the cede control to General Sato—and Hana and Kenichi have a choice to make. Torn between protecting their home or standing against a threat to all of humanity, the two warriors find that their differences may divide them yet again. 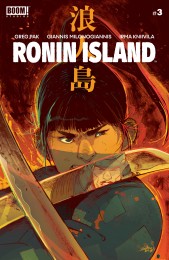 Though the Island’s shelter provides protection, Hana can no longer watch the slaughter on the mainland and leaves her home with General Sato to save the Shogunates’s civilians. Kenichi reluctantly joins her, with his own motivations for the island’s protection in mind. 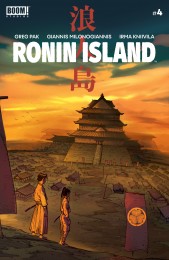 Hana and Kenichi come face-to-face with the Shogun himself, and discover a startling secret behind the disaster that destroyed their homelands more than twenty years ago. 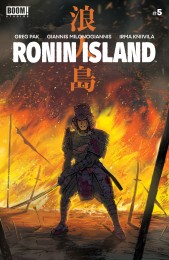 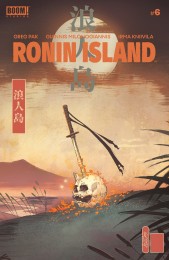 Hana and Kenichi have been forced down separate paths, but both lead back to the Island. While Hana settles in and learns more about the Shogun’s rise to power, Kenichi struggles to survive by himself out in the wastes of the mainland and realizes he might not be the only survivor out there. 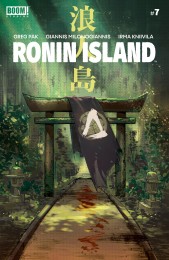 Hana and Kenichi’s paths converge once again as the pack of bandits that have taken Kenichi hostage attack the Shogun’s traveling party! 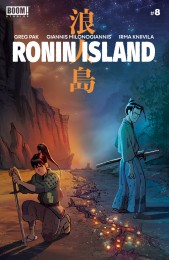 Kenichi’s bandits confront the Shogun’s caravan, bringing him face to face with Hana for the first time in months. Faced between her sworn word to the Shogun and her loyalty to Kenichi and the home he represents, Hana must make a final choice. 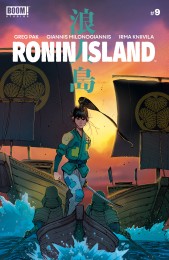 Denied re-entry to the island, and with the combined forces of the Shogun and the bandits closing in, Hana and Kenichi prepare for the battle of their lives. 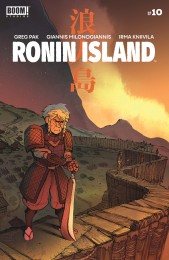 With enemies on all sides, Hana and Kenichi struggle to protect the island and themselves. But the Shogun has a more sinister plan brewing, and for anyone to survive this fight, Kenichi will need to rally the island's forces, and Hana will have to prove to those loyal to the Shogun that his way of life is not worth fighting for. 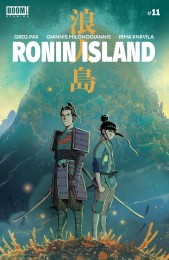 The war for the Island rages on—but in the heat of battle, will neither side open their eyes to the true threat bearing down on them, in the form of the Byōnin? 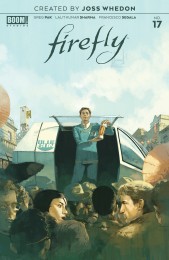 As the battle dust clears, the Island will never be the same. The world beyond their waters is a dangerous place, and it’s up to Hana and Kenichi to make one final decision, one that will shape the future of their home forever.